There is a little known mental affliction in this country, and its effects are dire, in that those so afflicted don’t know they have it and pass on their warped perceptions to innocent, defenseless others. This disease is characterized by a delusional belief that what’s seen and publicly known now is all there is when it comes to advanced technology. A secondary effect of this condition is based on a corollary solidly grounded in narcissism: This is an erroneous belief that if some magical technology existed, then, this “august” person would know about it. The parallels between the latter and the hubristic assertions of certain mainstream scientists and politicians that if UFOs were real, then they would have certainly been visited are obvious.

In an interview for the UFO episode of the History Channel program, “Brad Meltzer’s Decoded,” his researchers interviewed John Lear in his home. John Lear is arguably America’s top pilot, holds all 150 FAA type qualifications, flew for the CIA’s proprietary, Air America, and worked on all kinds of exotic, highly classified stuff.  He was quite blunt in informing Brad’s researchers of how profoundly ignorant they were when it came to understanding where science, technology and weaponry really stood: “You have no idea what you don’t know.” Ponder that.

Still unconvinced? Here’s what Richard Dolan, author of the seminal UFOs and the National Security State, was told by Clark McClelland:
http://theredpillguide.wordpress.com/2012/08/04/secret-space-program-richard-dolan-discourse/
(Fair Use)
“I worked at Cape Canaveral and the Kennedy Space Center from 1958 to 1992.
There are many mysteries that have been discovered during the years that we have been exploring the moon, sun and planets.

The former CEO of Lockheed Skunk Works, [SR-71, Stealth Fighter, etc.] was visiting the Cape many years ago. I asked him a question. Ben Rich said, ‘Clark, Black Budget money has taken the USA Military at least 50+ years beyond the present understanding of the general public and how far we are technologically advanced.’”
That estimate is low. According to my highly sensitive sources, the number is more like 75! Let me put that into perspective for you. If the white world (NOT referring to Caucasian, but open, publicly known, in the light) tech was the Wright Flyer of 1903, then the black programs’ (NOT African-American, but unknown, in the dark, allowed to be lied about, hidden from the public and most of Congress) tech was the end of the production run (5000+ aircraft) for the McDonnell Douglas F-4 Phantom II. Beginning to understand the concept?

Lots of people have seen the Harry Potter™ films and read the books, so if I talk about a Cloak of Invisibility, that’s no big deal–as a thought model.  In fact, the concept itself goes way back, as seen in a very good Wiki on this and related matters. Doubtless, many of you have seen the stealth suit in the “Predator” fims, too. But what if, while we’re treated to tantalizing news of how we may get there someday, using somepromising new developments, the problems have already been analyzed, solved and a working invisibility technology fielded? What then? Consider this:

This is exactly the kind of thing I’m talking about. I shall now deconstruct this video and explain how the government, industry and various secret societies/NWO (New World Order)/Cabal can keep people dazzlingly ignorant of where we really are scientifically, technologically and militarily.
The first part is simple and straightforward. Special Correspondent for ABC News Katie Couric teases us with an announcement that the fantastic Cloak of Invisibility may (note use of conditional) be a possibility (second conditional) someday. Thus, the meme has been implanted that such a thing might be possible, but not today. Already, we’ve been, as some put it, “inoculated” against any report indicating the technology is not only real but deployed and in use.

Next, we’re shown some supposedly cutting edge approaches to get there from here, such as metamaterials which can transport narrowly defined microwave and optical ranges around an object, hiding it from certain sensors. Of course, these are but tiny lab samples, it’s all highly conceptual, much development ahead and so forth. Not exactly. If the above insurgent video hasn’t been meddled with, it’s my opinion it presents ironclad proof of the existence and combat use of something very much like the Predator stealth suit.

If you watch this closely from 3:44 on, together with the supporting video analyses, it very much appears that a man, wearing a stealth suit, enters the video from the right side and, because he’s moving so fast, the suit is less and less able to “read” the background, making the man in it progressively more visible and details more discernible. We go from a shimmer, to a moving something, to a manlike figure, to a man quite evidently moving with human gait, to a whitish looking man clambering upon the second M1 Abrams tank. The man then proceeds to drape himself across the tank turret and lean down into the open commander’s hatch to confer with him. There, the mind shattering video ends. Mind shattering if it’s true. I think it is. Here’s why.

There’s no payoff for the insurgents in altering the video to include a stealth-suited U.S. soldier. The purpose of the video is to empower radical Muslims by showing them that even the technological wonders of the Great Satan are, with Allah’s help, killable. Don’t take my word for it. Watch any  Muslim insurgent video, and you’re certain to hear “Allahu akbar!” (Allah is great!”) until your ears bleed. Its other main purpose is to draw new blood into the movement. The knowledge the Great Satan has what to them would be djinn or demon spirits on its side would not only be counterproductive but profoundly demoralizing. So, what’s going on here?
The evidence, presuming the video hasn’t been altered or modified, supports the following scenario: The U.S., likely Army SpecOps (Special Operations), has highly covert reconnaissance “eyes” in the area, eyes wearing “impossible” stealth suits.  The smallest unit I can imagine would be two men, but more likely would be four. The soldier we somewhat see has probably dashed out to the tank to inform the presumably shocked tank commander (unless secretly pre briefed), where insurgents had been observed, their presence in the area, number, weapons and so on–his assessment of the situation for a tank commander doing convoy escort.  The lead tank is likely immobilized, and the tank, which once followed the lead Abrams, now must lead the vulnerable column stacked up behind it.
That Abrams commander would also probably be aware that the blown up tank had sustained a crew casualty. An Abrams crew is four (commander, gunner, loader, driver), but only three crewmen fled the tank hit. Therefore, there’s likely to be a dead or severely wounded man still in the tank. Had he been merely knocked out, they would’ve hauled him out, using a convenient handle on the back of his tanker’s suit.

It’s one thing to be able to operate on the enemy’s turf while observing from a rigorously camouflaged “hide,” but quite another to be able to move around, practically invisible, in broad daylight. “Revolutionary” isn’t close to being the right word for such an incredible (most absolutely won’t believe it) technology.
“How do you know this stealth suit isn’t a con?” you ask? Suppose I told you that before Army SpecOps got it, an alphabet soup agency had it first. NSA. No Such Agency, as some of us know it. Prosaically, NSA stands for National Security Agency. To some, it’s just letters. To others, it’s all super spook stuff about codes, ciphers, exotic math and computer science to make and break the most secret messages of friends, foes and neutrals alike. Call those the orthodox functions!
According to James Casbolt, ex-MI6 (U.K. foreign intelligence) officer and someone directly involved in NSA’s PROJECT MANNEQUIN via genetic manipulation, stealth suits, under a cool technological name, have been with us for some time.
http://www.bibliotecapleyades.net/ciencia/ciencia_mannequin03a.htm#CHAPTER_TWO_
(Fair Use)

“Technology exists called Thermoptic Camouflage that can render a secret service man invisible to the naked eye. It is a small device that can be worn on the belt and activated at will. A secret service man can also be put through a Thermoptic field and will become invisible to the naked eye for over forty-eight hours. There is no need to carry the Thermoptic hardware around if you are put through the field; however, after the forty-eight hours is up, the agent starts to phase back into sight and becomes violently ill for a short time.”

This isn’t to say this is how what’s seen in the insurgent video works. Rather, this is to show such invisibility technology has independent existence, separate and apart from what we see in the video. Also “secret service” in the above has nothing to do with the U.S. Secret Service. As used, it refers to someone working for, or on behalf of, any number of spook entities. In the U.K., the better known ones are MI5 (domestic counterintelligence) and MI6 (foreign intelligence).

So, our eyes saw the video, and you’re welcome, if possessed of a strong stomach and the ability to handle whatever lies beyond horrible, to read and feel into James Casbolt’s insider account of the black programs. His life is on the line from writing and talking about all the deep black stuff he knows. And he’s got it by chapter and verse.
The next time you’re blithely assured by the “authorities” that some technology or device is “impossible,” remember this post! Remember the black programs! 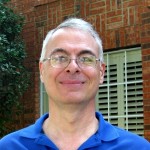