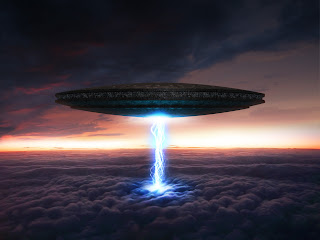 This year, apart from the traditional economic concerns, the program of the World Economic Forum in Davos is scheduled to address a number of highly controversial issues which have been kept classified for decades.

Called the 'X factors', these issues include the potential risks of medically induced enhancement of cognitive abilities, prolongation of human life, and discovery of extraterrestrial life.
After reading the Executive Summary of the WEF 2013 one is left with an impression that he has just read the scenario for the next 'X Files' episode. Runaway climate change, rogue deployment of geoengeneering, and digital wildfires are just a few issues that the readers of the Executive Summary can find not only unconventional but also futuristic. Nonetheless, all of these themes are due to be discussed under the rubric of the 'X Factors'.

Developed in partnership with the editors of Nature, a leading science journal, the 'X Factors' category looks well beyond the landscape of 50 traditional global risks and identifies the most significant game-changers of the next decade. Apart from the already mentioned runaway climate change, digital wildfires, and rogue geoengeneering, which seem to be at least minimally realistic, the list of 'X Factors' also includes the possible implications of people living longer, getting smarter, and meeting extra-terrestrial 'Others'. While some remain highly skeptical regarding these issues, the editors of Nature together with the WED team seem to be convinced that in the very near future these risks will not only become very real, but will also profoundly challenge the existing social and scientific paradigms.

In WEF team's opinion, super-human abilities are no longer the preserve of science fiction. Instead, the time of human prodigies is fast approaching the horizon of plausibility. At the time when researchers all over the world are working hard to develop the medical cure to such mental illnesses as Alzheimer’s and schizophrenia, it is conceivable that in the not too distant future scientists will identify compounds that will be more effective than existing cognitive pharmaceutical enhancers such as Ritalin and modafinil. While these new compounds will be prescribed only for treatment of severe neurological diseases, it is highly likely that they will also be used off-label by healthy people seeking for an edge in their every-day endeavors. effective new compounds which appear to enhance intelligence or cognition are sure to be used off-label by healthy people looking for an edge at work or school.

Interestingly, WEF experts believe that significant enhancement of cognitive abilities can be attained through hardware as well as drugs. Laboratory studies indicate that direct electrical stimulation through the implanted electrodes can significantly improve memory. Unlike drugs, such cognitive enhancement therapy is less easily available and is thus less likely to be adopted by healthy people. Nonetheless, the scientists suggest that within 10 years time intra-brain devices and sensors will open a new realm of enhanced neurobiology for those who can afford it. In this context, the scientists wonder whether it can be ethically acceptable for the world to be divided into the cognitively-enhanced and unenhanced. Will the humanity accept the idea that significant cognitive enhancement should be available to purchase on the open market or will there be a push for legislation to maintain a more level playing field?

The other question that the experts are asking is what happens if cognitive enhancement program goes awry or if it falls in the wrong hands. Cognitive enhancement drugs and devices have a very wide-ranging effects on various systems of human body since they work by targeting neurotransmitter systems. In this respect, WEF scientists argue that "there is a significant possibility of (un)intended effects on other systems – for example, drugs to enhance learning may lead to a greater willingness to take risks; drugs to enhance working memory may lead to increased impulsive behaviour". Indeed, recent research into the field already suggests that, in addition to improving long term memory, it is possible to use TMS to manipulate or even suspend a person’s moral judgement of right versus wrong. The technology can also be used to “erase” memory and deliberately cause permanent brain damage. In this sense, it is not difficult to see how new cognitive enhancement drugs and technologies can open up a space for their misuse by criminal organizations and terrorist networks.

Another issue that the WEF experts decided to present for discussion this year is the implications of longer life-span among humans. The WEF team suggests that while "medical advances are prolonging life, long-term palliative care is expensive. Covering the costs associated with old age could be a struggle". Indeed, according to official statistics people all over the globe now live up to 35 percent longer than hundred years ago and more funds are needed to provide adequate care for the millions of elderly. However, the problem of funding is not the only concern which is related to longer life-span. The risk of over-populating the planet is yet another issue which the world will soon face.

In this respect, most radical commentators were quick to suggest that the only solution to the problem of longer living humans is euthanasia. The proponents of this view contend that with medical advancements even the weakest and the sickest people will survive and live to their late 90s and possible 100s, which will not only lead to a significant increase in global population, but will also negate the fundamental law of the survival of the fittest. In this context, some suggest that euthanasia might be the only way out from the vicious circle of artificially healthy individuals living unnaturally long lives.

The last and probably the most controversial X Factor that will be discussed during the Davos Forum is the possible discovery of extraterrestrial life. While it is the first time that the Forum addresses the aliens, the issue has recently become a frequent theme of discussion among the world leading politicians and military officials. In December 2012, Russian Prime Minster Dmitry Medvedev mused on topic of aliens after completing an on-camera interview with international reporters in Moscow. Back then, Mr Medvedev jokingly claimed that "I will not tell you how many of them [aliens] are among us because it may cause panic". It turns out, however, that Mr Medvedev's concern with the aliens did not end last December. A shocking Davos Forum agenda aims to bring the topic of aliens beyond the realm of jokes.

WEF experts contend that "given the pace of space exploration, it is increasingly conceivable that we may discover the existence of alien life or other planets that could support human life. In 10 years’ time we may have evidence not only that Earth is not unique but also that life exists elsewhere in the universe." In this context, WEF team urges the global elite to prepare themselves and their nations for such discovery. The scientists suggest that new funding and new brain power will be needed to overcome the challenges that the humanity will face as a result of its encounter with an extra-terrestrial civilization. The world might even need to create artificial-intelligence emissaries to survive an inter-stellar crossing. The discovery of an Earth 2.0 or life beyond our planet might also inspire new generations of space entrepreneurs to meet the challenge of taking human exploration of the galaxy from the realm of fiction to fact.

At the same time, WEF experts do not believe that the discovery of alien life will change the fabric of human society in the short-run. While the discovery would certainly be one of the biggest news stories of the year and interest would be intense, it would not change the world immediately. Over the long run, however, the psychological and philosophical implications of the discovery could be profound. In the opinion of WEF scientists, "the discovery of even simple life would fuel speculation about the existence of other intelligent beings and challenge many assumptions that underpin human philosophy and religion."

All in all, it seems that humanity is heading to exciting times, and Davos may be the first trigger that will unleash a series of most extraordinary worldwide revel worldwide revelations.