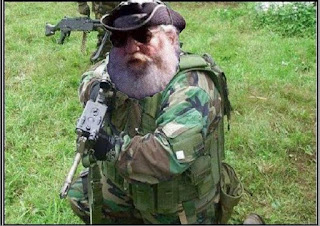 HUGE assets and MONEY from the imperial families are in Hong Kong and Taiwan. Specifically, China, Japan, Indonesia.

The new China Government is to change it all in 8 weeks time (?) so people are moving stocks...
JP Morgan is having a huge issue as all their customers are moving their Gold (AU) now QUICKLY...
All the families mentioned above and Morgan included are very nervous because everything they have falls under the Xing Dynasty.


The Real Buddha, The Empress of the Xing Dynasty Empire is nearing return and showing all parties that the thievery must stop now!
She is responsible for the rightful arrests of those in Hong Kong involved in the outright theft of the Xing Dynasty Royal Assets and the firing of many top Chinese Officials.


She is very fair in her ways and she is going to take the course that her ancestors took of assisting the people of the world.
She will stand strong and be unshakeable against those who test her will
Finally Asia will get rid of the demons they have allowed in and those inside that have become evil themselves.


The assets JP Morgan is trying to dump now in Hong Kong are well known and belong to the Xing Dynasty. They are watching every move they make and with whom.
The traders, players, and frauds think they have eight (8) weeks left (?) to play and get rich but get this, BUT, there is no eight (8) weeks, as it has already begun.


The Empress is on her way to her rightful home now, to arrive before you expect it...
HSBC close your 13th floor right now they are watching you after hours because they know this is when you do your illegal trading.
Things have started.

Interesting:
Who Runs The World?

Iceland President: Let the Banks Fail
Goldman Sachs Made 400 Million Betting On Food Prices In 2012 While Hundreds Of Millions Starved
People Worldwide claim their Sovereignty [updated, thanks to Beatrix stepping down]