How big is your world? 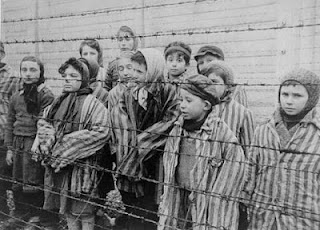 In our past through the ages of mankind -and even still today- numerous countries all over the World are using prison-/ labour-/FEMA- & Guantanamo Camps.


Not to mention the Middle ages'  prosecutions also in Russia a century ago millions were killed by Josef Stalin & the Nazi's did the same thing in Europe during WW II to imprison & kill millions of our ancestors during '39/45. Over a 100 million people were killed in these facilities being guilty of nothing else than being themselves without doing any harm to anybody or causing any significant problems to the world they lived in.
Two significant events marked the end of that era: the end of South-Africa's apartheid in 1992 and the Berlin Wall take down between East & West in 1989.

Tóo many people worldwide in our history were killed because they had their own religion, beliefs, race, skincolour or nationality. All those minor differences we still share nowadays. This has to end nów!
Yet, it's still happening today...

Needless to say that these camps & laws were all 'invented' & exploited by persons with 'power'. Queens, Kings, Tsaars, partyleaders, extremists and even elected governments. All this oppression to control the minority of us? We? You? Me?

Some decades ago they decided to get rid of most of these camps almost completely and to kill people out in the open almost without us noticing it by slowly poisoning our food, water, air, vaccins, schoolsystems & even our mind through television. Basically all elements we need for a healthy life.

Imagine yourself locked up in one of the baracks with 40 others for years hearing screeming and unfamiliar noises and smells coming from the outside. When it's silent you're allowed to work or clean the place day after day and you get slowly accustomed to this routine. One day the screeming and noises fade away and finally comes to an end. After a moment of confusion between the 40, one person decides to take a look outside. Everybody warns him that he can be shot at sight but he goes outside to see what is going on with this interruption of 'the schedule' Complete Silence event.

After a while he returns and tells everyone that it is safe to go outside, the guards have left and there's nothing to be afraid of anymore. It takes him some time to convince everyone but after a while the first people went outside crying in the sunlight and they smelt a freedom like never before...
Heaven broke loose and everybody felt from that moment on, he was truly free.

The clear million dollar question is:
How big is your world?
Do you live in a barack?
Or are you really living in Freedom?


The first ones bathing in the sunlight are already out there waving at you.
Our 'guards' are leaving at this moment in time.
And now what is it exactly that you are going to do?
What dó you really want?


other posts from Boddhi:
People Worldwide claim their Sovereignty
Dutch veterans in trouble are finally compensated
What a strange planet


interesting:
Consciousness: What it is and how it can be manipulated