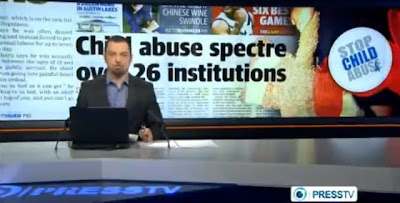 Australia has opened public hearings into cases of institutional child abuse in churches and other public institutions amid allegations against several organizations.


Chief commissioner Justice Peter McClellan said on Monday that thousands of people have so far reported abuse in places of worship, orphanages, community groups and schools.

“It is now well known that the sexual abuse of children has been widespread in the Australian community; however, the full range of institutions in which it has occurred is not generally understood,” McClellan stated.

“Many of the stories we are hearing will shock many people”.


The Australian government established the inquiry - the Royal Commission into Institutional Responses to Child Sexual Abuse - last November in response to a series of child sex abuse scandals involving pedophile priests in the Catholic Church.

The investigation is expected to cover a broad spectrum of institutions, including the Catholic Church.

McClellan said that the commission, which formally began work in April, has taken confidential briefings from thousands of victims.

“Many people who have come to the commission have suffered greatly, both at the time that the abuse occurred and subsequently through their lives,” he told the commission hearing in Sydney.
>read more>>