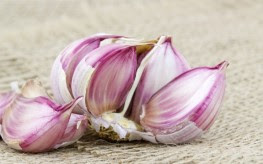 Eating raw garlic at least twice a week may help prevent lung cancer, according to new research conducted in China.


But one expert says while garlic may be helpful, he wouldn’t rely on its cancer-prevention power based on this study alone.

Researchers from the Jiangsu Provincial Center for Disease Control and Prevention interviewed 1,424 people with lung cancer and 4,543 healthy subjects using a standard questionnaire. They found raw garlic consumption at least twice a week to be “inversely associated” with the disease.


“Raw garlic consumption may potentially serve as a chemopreventive agent for lung cancer,” said the study, where ‘chemopreventive’ refers to the use of a substance to interfere with a disease process.

The study, published online Wednesday in the journal Cancer Prevention Research, notes that Chinese medicine has used garlic since 2000 BCE. The authors suggest compounds such as diallyl sulfide—that are released when a garlic bulb breaks into cloves—may contribute to the herb’s potential preventative powers. The researchers did not look at cooked garlic in this study.

However, the study found a decreased association between eating raw garlic and lung cancer even after adjusting for such risk factors, including a significant inverse association among smokers.

The authors add that only a borderline association was seen among those who never smoked, though they wrote it may be explained by the small sample size of non-smokers.