Rule Cyber-Britannia: MoD to recruit hundreds of IT warriors for cyber task force 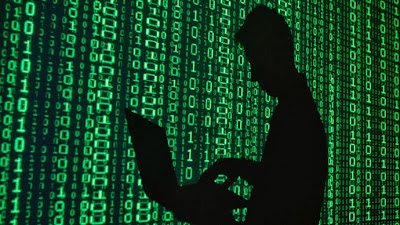 Britain’s Defense Ministry has announced it is creating a military cyber unit and has welcomed tech-savvy hackers to consider taking the Queen’s virtual shilling in a recruitment drive starting October.

For the first time, the UK’s would-be cyber warriors will be tasked with offensive missions.

"In response to the growing cyber threat, we are developing a full-spectrum military cyber capability, including a strike capability, to enhance the UK's range of military capabilities," AFP reported Hammond as saying.


The Defense Secretary said he believed that a purely defensive cyber unit was no longer enough for the country’s security. “You deter people by having an offensive capability,” he told The Daily Mail in an interview.

“We will build in Britain a cyber-strike capability so we can strike back in cyberspace against enemies who attack us, putting cyber alongside land, sea, air and space as a mainstream military activity. Our commanders can use cyber weapons alongside conventional weapons in future conflicts.”

Hammond described the ministry’s initiative as “an exciting opportunity” for computer geniuses “to put their skills to good use for the nation.”

Striking a patriotic chord is just part of the strategy for luring IT geeks into the army. Cyber National Guard reservists will be spared the current Territorial Army fitness tests, Hammond said in the interview, where he touted the army going digital as its biggest reform since World War I, when tanks started replacing cavalry.

Hammond revealed the cyber unit plan to journalists in the MoD’s nuclear bunker, becoming the first Defense Secretary to have been photographed or interviewed there.

“Cyber weapons provide the tantalizing possibility of being able to cripple the enemy without inflicting lasting damage on them. No cities to rebuild, no infrastructure to reconstruct.” Hammond said, adding the innovation was very much in tune with attitudes in the US. “One of my American counterparts put it to me like this: Why would you want to bomb someone’s airfield if you could just switch it off with a cyber-attack?”

The United States announced in March it was developing 40 new teams of cyber-agents, citing alleged Iranian and Chinese hacker attacks as reason behind the decision. Gen. Keith Alexander, the head of the US Cyber Command who is also in charge of the National Security Agency, announced 13 of the 40 cyber-squads would be devoted toward offensive operations.

Britain’s capability to fully staff its own cyber military force was questioned by a National Audit Office report in February, which revealed a shortage of UK IT experts able to combat cyber-attacks.

The report blamed the government for not promoting science and technology enough and quoted education officials saying that it could take "up to 20 years to address the skills gap at all levels of education."

The research also questioned the government’s capability to attract IT experts to the public sector from more lucrative private companies.

British MPs have also warned about the country’s susceptibility to cyber-attacks. In January, the House of Commons Defense Select Committee expressed particular alarm that the military were excessively reliant on cyber systems for communication, which could make them an easy target for hackers.