How Human Brains Could Be Hacked 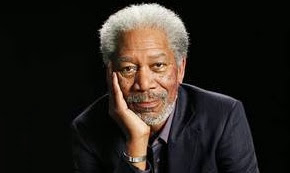 Like computers, human brains may be vulnerable to hackers. Technology is already allowing scientists to read people's thoughts and even plant new ones in the brain.


The latest episode of the Science Channel's "Through the Wormhole," hosted by Morgan Freeman, explores the potential — and dangers — of hacking the mind. The episode premieres (July 3) at 10 p.m. ET.

"We live a world of data," Freeman says in the show. "One day soon, our innermost thoughts may no longer be our own." [Super-Intelligent Machines: 7 Robotic Futures]

Reading people's minds doesn't always require technology. New York psychologist Marc Salem can decipher a person's thoughts using the tiny physical cues in a person's body language. "A scratch of the nose can mean you're lying, or it can mean that your nose itches," Salem told LiveScience. When he's trying to read someone's mind, he looks for what he calls a "packet of signals" that tells him what a gesture means. The show follows Salem as he guesses the cards of professional poker players — a seemingly impossible feat. To do it, Salem relies on context. "I'm able to pick up their nonverbal inflections and cues," he said. "The more I have a context for them, the more I can pick them up."

Of course, technology can give scientists even more direct access to the human brain. Inventor and neurotechnologist Philip Low is developing a portable brain monitor called iBrain that can detect the brain's electrical activity from the surface of the scalp, Freeman explains. People with Lou Gehrig's disease (amyotrophic lateral sclerosis) or other forms of paralysis still have healthy brain activity. Using the iBrain, they could use thoughts to control a virtual hand on a computer screen.

The show later delves into even more sophisticated forms of mind reading. "Some neuroscientists are already translating the language of the brain to plain English," Freeman says. Neuroscientist Jack Gallant at the University of California, Berkeley is compiling a "brain dictionary" to translate thoughts into pictures and words. Gallant and his colleagues showed people different images while measuring their brain activity via functional magnetic resonance imaging (fMRI). From the brain activity, Gallant's team can reconstruct the approximate images people saw. The scientists are also developing a dictionary of concepts that allows them to guess what people are thinking about the images they're seeing.

But these technologies are already raising ethical issues. "We don't know how fast the technology's going to progress," Gallant says. Freeman goes on to explore an even more startling possibility: If thoughts can be decoded, could they also be altered?

For example, imagine if you could turn an amateur into an expert in a single day. This is the mission of neuroscientist and entrepreneur Chris Berka. Athletes, performers or other experts can tap into a state of extreme mental focus, called being "in the zone." The zone state (which amateurs can achieve too) has a particular signature in the brain activity. The neurotech company Berka runs is developing technology to monitor people's brain activity during a task, such as archery, and notify them when they have reached their "peak performance state," aka, the zone. Essentially, the technology gives people the ability to hack into their own brains in order to improve their performance. [10 Surprising Facts About the Brain]

But what if other people could hack into a person's brain and plant thoughts there? Computer programmers break into secure systems using "cracks," Freeman says. In humans, sense of smell could be a crack for the brain. Ilana Hairston, a psychologist at The Academic College of Tel-Aviv Yaffo in Israel, uses smell to plant information in people's brains while they sleep. She trains snoozing people to associate certain pleasant or foul odors with particular sounds. The notion sounds like sci-fi, but it relies on a brain pathway that allows senses like smell to enter the brain without conscious awareness.

On the show, Freeman explores all of these mind-probing efforts with his characteristic gravitas. Many of the methods described aim to restore or improve human abilities. But some imply a future that is spooky indeed.