Scientists Create Massive Catalog of More Than 300,000 Nearby Galaxies 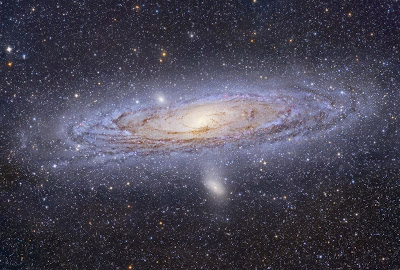 Scientists are getting a little help when it comes to exploring the universe. More than 83,000 volunteer citizen scientists have helped to catalog more than 300,000 nearby galaxies.


Named Galaxy Zoo 2, the project is the second phase of a crowdsourcing effort to help categorize the galaxies in our universe.

Crowdsourcing is becoming a new and useful tool for scientists. While computers are good at automatically measuring properties such as the size and color of galaxies, they're unable to tackle more challenging characteristics. For example, computers have a hard time determining the shape and structure of galaxies. That's where citizen scientists come in.

Between Feb. 2009 and April 2010, more than 83,000 Galaxy Zoo 2 volunteers from around the world looked at images online that were gathered from the Sloan Digital Sky Survey. The participants answered questions about the galaxy, including whether it had spirals, the number of spiral arms present, or if it had galactic bars, which are long extended features that represent a concentration of stars. Each image was then classified an average of 40 to 45 times to ensure accuracy.

"This catalog is the first time we've been able to gather this much information about a population of galaxies," said Kyle Willet, one of the researchers, in a news release. "People all over the world are beginning to examine the data to gain a more detailed understanding of galaxy types."

The new crowdsourcing initiative was a major success. In fact, researchers estimate that the effort of the volunteers on the project represents about 30 years of full-time work by one researcher. This is a huge boon to scientists who are gathering more information than ever with telescopes.

"With today's high-powered telescopes, we are gathering so many new images that astronomers just can't keep up with detailed classifications," said Lucy Fortson, one of the researchers, in a news release. "We could never have produced a data catalog like this without crowdsourcing help from the public."

The researchers aren't planning to stop here, either. Galaxy Zoo 2 gives scientists a snapshot of the different types of galaxies as they are today. Yet now, researchers hope to look to the past. The next catalog will tell us about galaxies in the distant past and together, the two catalogs will tell scientists exactly how our universe is changing.

The findings are published in the journal Monthly Notices of the Royal Astronomical Society.
Want to get involved with the new catalog? You can participate by visiting the website here.