Life on Earth has changed, for the good 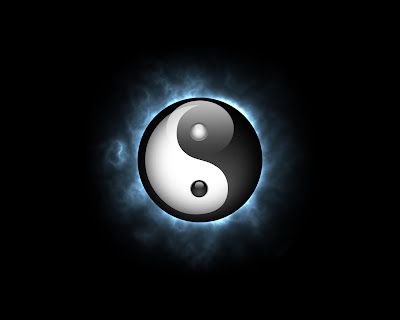 
For the first time in Earths' history, a critical majority of people -the real  awakened ones- drew a line in the sand together against violence, abuse & injustice. They had enough of this crap. We can do a better job. Enough with all unfairness. Time to wake up the rest.
And we all have had enough of our reptillian brain.

Considering that the majority of humans -without exception- are taking care of themselves properly and their family & friends...
Hopefully with some love while doing that.

Did you ever wish for a war -or worse- interrupting that kind of life? Of course you didn't. No sane person wishes that to himself or anyone else.
Every one of us wants to live peacefull & thrive while even Universal energies are changing.


Because you and family & your friends... everyone together wishes to do so, humanity's decision is loud & clear.

These thoughts are good for something. All our thoughts have build up recently to a giant NO
to war, violence & injustice. And it worked. Our Peace vibration prevaled.
We want to thrive. Everybody wants to.

Why?
Because the majority of the people on Earth already made the decision on a peacefull living for themselves & others worldwide..
So be it.

This decision has also been made in our past by a few individuals. Sometimes even that kind of lifestyle started a religion thousands years ago accidentally.
Some of these have been very usefull to a lot of us in our past.

Among the 7 Billion people inhabiting this planet now there are thousands & thousands individuals who have stepped out of the matrix of this illusionairy life and seeing the Earth & energies for what it is:

Constant Creation of Consciousness by experiencing through feeling & directing energy by doing what you want without doing any harm to any living creature.


Believe it or not, this a massive wake-up process unfolding right now.

Earth's and our environmental energy vibration is raising in very rapid speed affecting all aspects in our lives. Things are changing, Earth is changing & we are changing. Real meaning to this is that our life feels  'lighter and more joyfull'.
A better world for sure and some people say we can reach higher dimensions now or in our near future.

The beauty in all this 'raising energies vibrations' is that everyone is giving a helping hand to someone. Together we're holding everyone's hand and together we go. Reach out to someone for help. Ready to help anyone. Always reaching out.
Feel it?


Where is this going?

Truth is... eventually, no one's coming to bring it to you. Or is someone knocking silently?
You've probably felt it last months. Something strange is  'in the air'.
A whispering & different feeling and can't find a name or cause for it?


So, what does the 'trick'?
Reclaim your power. Nobody's going to fix your life. It was you, you was waiting for. Think of it.
The journey starts within your mind, what do you think of? Then connect your thoughts with your hart/intuition.
All you see outside yourself is THE reality? That's what you create.

There were a few in the past who 'got ít'.
How'd you like it if you could actually speak with a Buddha? These days you can, because many are here.

You're not alone.
For the help of everybody, there're now hundreds present here, probably even thousands.
This wasn't on the newschannel. Of course not. Get it?

The truth is that most of 'm are very awake & helpfull to others but also in shock to what happened to them on this planet & figuring out what to do here. Awakened ones recently received the message that they may to leave this planet if they wish so because their learning here is over.
Guess what?
They decided to stay here & to take us to the next level.

Don't solely rely on these hundreds but step into your souvereign Power like They did before.
The secret of the now in this time is that there are thousands of Awakened people spreading their Light and wisdom.
Trying to awaken people & inform you of the enormous wave & changes that are coming.
People are waking up around the planet rapidly.
Actualy, this higher energy 'wave' is already at full force blowing in our face for those who can feel it.
These are uplifting higher-dimensional energies given to us as a gift from the Cosmos to expand our awareness.
of who we truly are.

As these new energies are incoming, old paradigms will crumble. This means a total collapse of the power of banking & political structures that didn't serve us well.
Can we Govern ourselves?

A Major shift in Humanity/Earth Consciouness has already happened.
If you are the person who fully understands this timeline shift and that we're heading to a
bright future of humanity it's now the time to focus your love-energy.

You're NOT alone! We're in this together.


The Dalai Lama has some wise words too  ;-]

Related:
The return of Christ