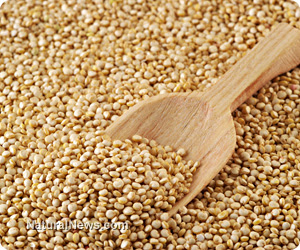 Two more countries have taken a bold stand against genetically-modified organisms (GMOs), according to new reports.


The South American nation of Venezuela is currently in the process of crafting legislation to bar transgenic seeds and crops from entering the country, while biotechnology giant Monsanto has completely withdrawn all of its business efforts from the European nation of Denmark, where food companies and the genera public have wholly rejected GMOs.

As reported by Venezuela's Prensa Latina, the nation's leaders recognize the dangers inherent in adopting transgenic agricultural technologies, particularly with regards to plant diversity and food sovereignty. In order to sustain its rich agricultural heritage, in other words, Venezuela knows that it must place strict limits on its seed market, and support the efforts of small farmers who are the bread and butter of its clean food supply.

"The new legislation would protect small and medium producers, favor the use of seeds for the environment and human health, and the creation of an institution working on the topic," explained Venezuela's Socialist Deputy Alfredo Urena about the changes. He went on to add that laws regulating against transgenic seeds and technological packages are needed to protect both the food supply and human.

In similar news, Denmark has all but completely phased out GMOs as well. Though not technically illegal there, GMOs have never really been accepted by either the public or food companies in Denmark. Even Monsanto, which is known for using sleight of hand to force public acceptance of GMOs in countries like the U.S., has been unsuccessful in maintaining any sort of business presence in the European country.

"It is not really very surprising when you consider that chemistry company BASF stopped their biotech experiments in Europe in 2012 and that agro company Syngenta moved their studies several years earlier," says Klaus Sall, a GMO industry expert, in reference to Monsanto's quiet decision to withdraw from Denmark. "This will have an impact on the international dissemination of genetically modified crops on a global scale."


Americans need to wake up and take a stand against GMOs

Other countries still in acceptance of GMOs, which include the U.S. and Canada, will hopefully take the lead of both Venezuela and Denmark in protecting their own food sovereignty. Besides the fact that GMOs are owned by a small cohort of multinational corporations with complete control over their use, GMOs have never been properly safety tested. And virtually all independent studies thus far conducted on them have revealed incredible dangers both to the environment and to humans.

"There are a number of studies throughout the world which affirm that the health of humans and animals may be impacted when they consume genetically-modified foods," added Urena during an interview. "This is a Law on Seeds that is anti-GMOs, because it is not only Venezuela, but the whole world that is saying that we cannot continue supporting GMOs, not only for the use of food and consumption, but for their technology that makes use of agro-chemical fertilizers."

Sources for this article include: