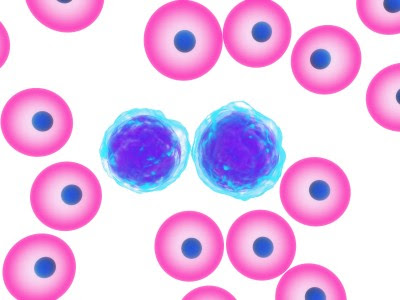 A groundbreaking new study published in the current issue of the Journal of Hematology & Thromboembolic Diseases reveals the potential "leukemogenic" properties of the Bt toxin biopesticides engineered into the vast majority of GMO food crops already within the US food supply.


Last September, the causal link between cancer and genetically modified food was confirmed in a French study, the first independent long-term animal feeding study not commissioned by the biotech corporations themselves. The disturbing details can be found here: New Study Finds GM Corn and Roundup Causes Cancer In Rats

Now, a new study published in the Journal of Hematology & Thromboembolic Diseases indicates that the biopesticides engineered into GM crops known as Bacillus Thuringensis (Bt) or Cry-toxins, may also contribute to blood abnormalities from anemia to hematological malignancies (blood cancers) such as leukemia.[i]

A group of scientists from the Department of Genetics and Morphology, Institute of Biological Sciences, University of Brasilia, Brasilia/DF, Brazil set out to test the purported human and environmental biosafety of GM crops, looking particularly at the role that the Bt toxin found within virtually all GM food crops plays on non-target or non-insect animal species.

The research was spurred by the Brazilian Collegiate Board of Directors of the National Sanitary Surveillance Agency (ANVISA), who advocated in 2005 for evaluations of toxicity and pathogenicity of microbiological control agents such as Bt toxins, given that little is known about their toxicological potential in non-target organisms, including humans.

While Bacillus Thurigensis spore-crystals have been used since the late 1960's in agriculture as a foliar insecticide, it was only after the advent of recombinant DNA biotechnology that these toxin-producing genes (known as delta endotoxins) were first inserted into the plants themselves and released into commercial production in the mid-90's, making their presence in the US food supply and the bodies of exposed populations ubiquitous.

What the new study revealed is that various binary combinations and doses of Bt toxins are capable of targeting mammalian cells, particularly the erythroid (red blood cell) lineage, resulting in red blood cell changes indicative of significant damage, such as anemia. In addition, the study found that Bt toxins suppressed bone marrow proliferation creating abnormal lymphocyte patterns consistent with some types of leukemia.

The researchers also found that one of the prevailing myths about the selective toxicity of Bt to insects, the target species, no longer holds true:

It has been reported that Cry toxins exert their toxicity when activated at alkaline pH of the digestive tract of susceptible larvae, and, because the physiology of the mammalian digestive system does not allow their activation, and no known specific receptors in mammalian  intestinal cells have been reported, the toxicity these MCAs to mammals  would negligible [8,22,23]. However, our study demonstrated that Bt spore-crystals genetically modified to express individually Cry1Aa, Cry1Ab, Cry1Ac or Cry2A induced hematotoxicity, particularly to the erythroid lineage. This finding corroborates literature that demonstrated that alkali-solubilized  Bt spore-crystals caused in vitro hemolysis in cell lines of rat, mouse, sheep, horse, and human erythrocytes and suggested that the plasma membrane of susceptible cells (erythrocytes, in this case) may be the primary target for these toxins [33]

1) That Cry toxins are capable of exerting their adverse effects when suspended in distilled water, not requiring alkalinization via insect physiology to become activated as formerly believed.

2) That a dose of Cry1Ab as low as 27 mg/kg, their lowest tested dose, was capable of inducing hypochromic anemia in mice – the very toxin has been detected in blood of non-pregnant women, pregnant women and their fetuses in Canada, supposedly exposed through diet.

3) Whereas past reports have found that Bt toxins are generally nontoxic and do not bioaccumulate in fatty tissue or persist in the environment, the new study demonstrated that all Cry toxins tested had a more pronounced effect from 72 hours of exposure onwards, indicating the opposite is true.

The authors noted their results "demonstrate leukemogenic activity for other spore-crystals not yet reported in the literature."

[R]esults showed that the Bt spore-crystals genetically modified to express individually Cry1Aa, Cry1Ab, Cry1Ac or Cry2A can cause some hematological risks to vertebrates,increasing their toxic effects with long-term exposure. Taking into account the increased risk of human and animal exposures to significant levels of these toxins, especially through diet, our results suggest that further studies are required to clarify the mechanism involved in the hematotoxicity found in mice, and to establish the toxicological risks to non-target organisms, especially mammals, before concluding that these microbiological control agents are safe for mammals.

Did you get that? Their conclusion is that it is premature to consider GM toxins to be safe in mammals. Billions have already been exposed to Bt toxins, in combination with glyphosate-based herbicide formulations such as Roundup, and yet, most biotech research scientists and industry regulators still claim they are unequivocally safe.  This has much to do with the well-known relationship that biotech corporations like Monsanto have with so-called 'check book' science firms who are basically paid to obfuscate adverse health outcomes of their products, such as the GMO-Cancer link. [see: Monsanto-Funded Science Denies Emerging Roundup Cancer Link]

Consider also that the question of combined toxicity of Cry toxins and glyphosate-based residues within plants have not been sufficiently explored, and that glyphosate exposure has already been linked to non-Hodgkins lymphoma and hairy cell leukemia in the biomedical literature.[ii]

The reality is that we no longer have time to wait around for additional research to accumulate on the adverse health effects of GMOs, especially considering the biotech industry has far more capital to infuse into their own faux research on the topic.

Some, in fact, argue that we should not be waiting around for the corrupt legislative process to compel manufacturers to label GMOs, rather, we should be fighting to ban them altogether, advocating for the precautionary principle before it is too late to undo the damage to our biosphere.