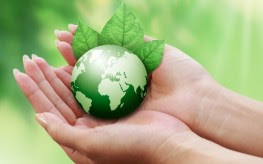 
Well, the very same country, Bhutan, nestled in the Himalayan mountains, has decided to become the first 100% organic nation. Anthony Gucciardi previously reported on this exciting news, but it’s so exciting that we need to report on it again with some new information.

With a population of 700,000 people, Bhutan is known as a country of farmers. If they didn’t think they could feed a large population on organic crops, they wouldn’t declare organic farming to be the best form of agriculture for their country with a comprehensive plan to make the change.

Last month at the Prime Minister Jigmi Thinley told his government he is developing a National Organic Policy because the country’s farmers are increasingly convinced that “by working in harmony with nature, they can help sustain the flow of nature’s bounties.”


Many farmers like to use chemical fertilizers, even in Bhutan, because they believe it enriches their soil and helps to keep diseases and pest in check, but admirably, the Prime minister, as well as an Australian advisor to  Bhutan named Andre Leu, Bhutan says that all-out organic farming is very doable. Leu has said, “I don’t think it’s going to be that difficult given that the majority of the agricultural land is already organic by default.” This is because the expensive fertilizers used by U.S. farmers are not readily available to most farmers in Bhutan.

The World Food Program states that Bhutan grows primarily rice, corn, and potatoes as well as oranges, but is it possible as organic food demands increase, that farmers in Bhutan can start to enjoy demand for more varied crops? Currently most organic farms in Bhutan are not certified (only 1% of all organic food is currently ‘certified’ organic) but if the whole country becomes organic, might it not enjoy larger exports of pure, non GMO food? Right now Bhutan exports red beans to U.S. companies like Whole Foods, but as the new all-organic program spreads, and farmers in Bhutan are trained in new methods that will help them grow organic and become closer to self-sufficiency, we might see ‘made in Bhutan’ more often as a welcome change to the frankenfoods being offered by companies in our own country.

With current and past research finding that GMOs lead to tumor in rats, severe stomach inflammation in pigs, and increased disease rates, it’s more important than ever to spread to the word on the importance of going organic and shifting to sustainable, safe farm practices. It is you who will ignite change.