Washington Is Driving The World To The Final War 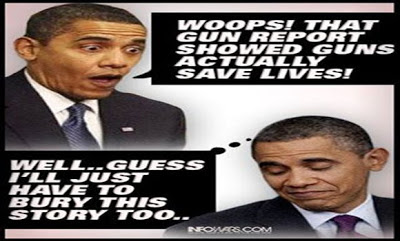 “V For Vendetta,” a film that portrays evil in a futuristic England as a proxy for the evil that exists today in America, ends with the defeat of evil.


But this is a movie in which the hero has super powers. If you have not seen this film, you should watch it. It might wake you up and give you courage. The excerpts below show that, at least among some filmmakers, the desire for liberty still exists.

If good fails in its battle with Washington’s evil, our future is a boot stamping on the human face forever.


If you, an American, living in superpower America lack the courage to stand up to the evil that is “your” government, perhaps the courage of Edward Snowden, Bradley Manning, Julian Assange, and tiny Ecuador will give you heart.

A US senator from New Jersey, Robert Menendez, the Democratic chairman of the Senate Foreign Relations Committee, told the Ecuadoran government that he would block the import of vegetables and flowers from Ecuador if Ecuador gives asylum to Edward Snowden. The cost to Ecuador would be one billion dollars in lost revenues.

Menendez’s threat did not work, but the senator did succeed in delivering yet another humiliating blow to Washington’s prestige. The Ecuadoran President, Rafael Correa, beat Menendez to the punch and cancelled the trade pact with the US on the grounds that the pact was a threat to the sovereignty of Ecuador and to moral principles and was being used by Washington to blackmail Ecuador. “Ecuador doesn’t accept pressure or threats from anyone,” added Communications Secretary Fernando Alvarado who then offered Washington foreign aid to provide human rights training to combat torture, illegal executions and attacks on peoples’ privacy.

Washington’s presstitutes, by helping Washington demonize Snowden, Glenn Greenwald, Manning, Assange, and Ecuador, have demonstrated to the world that the US media is devoid of integrity and that nothing it reports can be believed. The US print and TV media and NPR comprise a ministry of propaganda for Washington’s immoral agendas.

On June 24, the Stasi State’s favorite whore, the Washington Post, denounced three times democratically-elected Rafael Correa as “the autocratic leader of tiny, impoverished Ecuador,” without realizing that the editorial not only demonstrated the Washington Post’s lack of any ethics whatsoever but also showed the entire world that if “tiny, impoverished Ecuador” can stand up to Washington’s threats, so can the rest of the world.

President Correa replied that the Washington Post “managed to focus attention on Snowden and on the ‘wicked’ countries that support him, making us forget the terrible things against the US people and the whole world that he denounced.” Correa added that Washington’s “world order isn’t only unjust, it’s immoral.”

The reason Washington hates Correa has nothing to do with Snowden. That Ecuador is considering asylum for Snowden is just an excuse. Correa is hated, because in the second year of his first term he repudiated the $3 billion dollar foreign debt that corrupt and despotic prior regimes had been paid to contract with international finance. Correa’s default threat forced the international financial gangsters to write down the debt by 60 percent.

Washington also hates Correa because he has been successful in reducing the high rates of poverty in Ecuador, thus building public support that makes if difficult for Washington to overthrow him from within.

Yet another reason Washington hates Correa is because he took steps against the multinational oil companies’ exploitation of Ecuador’s oil resources and limited the amount of offshore deposits in the country’s banks in order to block Washington’s ability to destabilize Ecuador’s financial system.

Washington also hates Correa for refusing to renew Washington’s lease of the air base in Manta.

Essentially, Correa has fought to take control of Ecuador’s government, media and national resources out of Washington’s hands and the hands of the small rich elite allied with Washington. It is a David vs. Goliath story.

In other words, Correa, like Venezuela’s Chevez, is the rare foreign leader who represents the interests of his own country instead of Washington’s interest.

Washington uses the various corrupt NGOs and the puppet government in Colombia as weapons against Correa and the Ecuadoran government. Many believe that it is only a matter of time before Washington succeeds in assassinating Correa.

Beyond obligations to one’s own country, all humans have a responsibility to human life itself. Washington’s puppet states, such as the NATO countries, Japan, and Colombia, by providing cover and support for Washington’s aggression are enabling Washington to drive the world into World War III.

The temptation of Washington’s money easily overwhelms weak characters such as Tony Blair and David Cameron. But the governments of NATO countries and other accommodating states are not only selling out their own peoples by supporting Washington’s wars of aggression, they are selling out humanity. Washington’s hubris and arrogance grow as Washington bumps off country after country. Sooner or later Russia and China, will realize that they themselves are targets and will draw firmer lines. Arrogance will prevent Washington from acknowledging the lines, and the final war will be launched.

Washington’s hegemonic impulse is driving the world to destruction. The peoples of the world should realize this and force their governments to stop enabling Washington’s aggression.