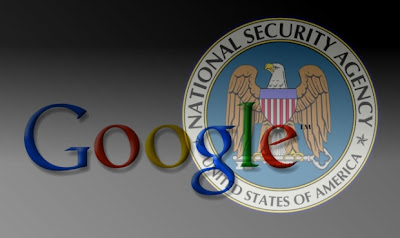 The NSA PRISM spying scandal has engulfed practically every major online company, and despite blanket denials of involvement from the likes of Google, Apple, Yahoo and Microsoft, alternative privacy oriented internet tools have seen a huge boost in traffic as web users are ditching the giants that apparently aided government snoopers.


As The Guardian revealed a fortnight ago, leaked NSA material claimed that the spy agency has direct access to the servers of nine companies – Microsoft, AOL, Yahoo, Apple, Skype, PalTalk, YouTube, Facebook and Google.
The consensus from the heads of the tech companies was summed up by the claim that “If they are doing this, they are doing it without our knowledge.”

As a direct result of the revelations, privacy-focused alternatives to the tools most people use to chat, search, and store data online have seen a huge spike in users.
Search engine DuckDuckGo, for example, which markets itself with the strap lines “Stop Watching us” and “Google tracks you, we don’t”, has seen record traffic in the wake of the scandal.

As reported by Search Engine Watch, since the PRISM news broke, nearly every day has been a record search day for DuckDuckGo. Earlier this week, the search engine broke 3 million searches for the first time, almost double its pre-PRISM daily search totals.
The search engine company says that it refuses to store personally identifiable information on its servers, where as Google, Bing and Yahoo do store the information for up to 18 months, regardless of whether the user is logged in to the site or not.

“That aspect of our site has been more attractive to a growing portion of users,” CEO Gabriel Weinberg tells TIME. “It was pretty creepy when you think about how much the search engine actually knows about you because it’s arguably the most personal set of data that you share on the Internet.”
Weinberg says that in just eight days, DuckDuckGo went from an average of 2 million searches to pass 3 million searches.

In a trend that mirrors traffic to DuckDuckGo, StartPage and Ixquick, two more privacy oriented search engines owned by the same company, announced that they also surpassed three million daily searches for the first time.

CEO Robert Beens is sure that the PRISM scandal has spurred web users to reconsider what they are doing online to protect their privacy.

“People are outraged over secret US surveillance programs and they’re looking for safe, effective search alternatives,” Beens said in a statement. “We’re excited at this growth and we welcome our newest users with open arms.”
“Our search traffic has already grown by 75% over last year, and now it’s really exploding,” Beens also noted.

The company also intends to introduce an email platform with strong encryption, later this year. The product is currently in beta testing at www.Startmail.com.
“We’re happy to be a safe haven for people seeking shelter from Internet data surveillance and abuse,” says Harvard-trained privacy expert Dr. Katherine Albrecht, who helped develop StartPage and StartMail.

Albrecht, a regular guest on the Alex Jones show, says “People are fed up with being spied on, and we’re delighted that now they’re finally taking a stand and doing something about it.”
The company is based in the Netherlands, meaning that it is not beholden to US jurisdiction, and can credibly vow to not adhere to US government surveillance or data collection programs.
The same cannot be said of Google, which has a detailed relationship with US intelligence.

While Google’s chief legal officer urged yesterday that the company is not “in cahoots with NSA”, we have exhaustively highlighted how Google has an intimate and secret relationship with the National Security Agency, as well as ties to the CIA going back to the company’s inception.

Both Google and the agencies in question have refused to elaborate on the relationship, and the Department of Justice has actively worked to keep the information out of the public domain.
In addition, Google has repeatedly found itself embroiled in wiretapping and data theft scandals in various countries relating to its Street View program. Google has also paved the way when it comes to targeted advertising based on monitoring user keywords, and even gathering information on environmental factors, such as temperature, humidity, light, sound, and air composition, using a device’s sensors. Of course, this means a push toward monitoring everything from the conditions within your home to your personal conversations.

Google’s conferences now literally outline plans to take over the world. The potential for control and information domination is clear. Globalist power cabals such as Bilderberg Group desperately want in on the action. Add the NSA into that mix, particularly in the wake of the latest revelations, and it is not surprising that everyone from savvy web users to outright technophobes are defecting in droves to whatever alternative web tools are available.