Prescription Drugs Kill Over 100,000 People Each Year, Are You Being Medicated Incorrectly? 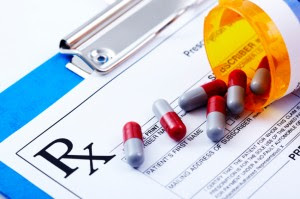 “Death by medicine is a twenty-first century epidemic, and America’s war on drugs is clearly directed at the wrong enemy.” –Dr. Joseph Mercola [2]


I have briefly focused on mushrooms and cannabis as medicine sources. Now, it is only fair to shine the spotlight on the other side of the medicinal spectrum: prescription drugs. One could go through and list the pros and cons of each individual prescription drug or, to save some time, one could first approach prescription drugs as a whole. Doing so exposes an alarming truth, ringing louder than the individual benefits of each drug.  Prescription drugs are currently responsible for more deaths annually than illegal drugs.  According to Tom Frieden, the CDC director himself, “it’s a big problem, and it’s getting worse [3].”

Out of the 783,936 annual deaths from conventional medicine mistakes,approximately 106,000 of those are the result of prescription drug use [1]. According to the Journal of the American Medical Association, two-hundred and ninety people in the United States are killed by prescription drugs every day [4].

Even if prescription drugs do not literally kill a patient though, they slowly kill their mind and body. This alters their ability to innately feel deeply and compassionately, the patient can be stripped piece by piece of his inner awareness and inner consciousness, the very essence of their being.

Death by Rx can be sentenced in the form of many, often times subtle masks. Since it happens slowly, the clouding of the patient’s once clear brain goes unnoticed as the fog sets in so densely that he is no longer able to decipher if this new state of consciousness is “normal” or if it is better or less than it should be; rather, it just is. The body system is inevitably forced to adjust to the foreign  chemicals the patient pops in his mouth every morning, activating the conditioning of acceptance of his new found state of awareness as if it is as it has always been. As if this shift in consciousness ceased to ever occur. Little by little he fades, until the place where his mind now resides is one far away.

Prescription pills merely treat, or should I say bandage, undesirable behaviors and sensations as opposed to addressing the underlying root cause of the problem. Band-Aids disintegrate as the medication fades, only to unveil unwanted symptoms once more.  For example, a patient tells their doctor they are abnormally tired, at which point the doctor delivers a diagnosis of “Chronic Fatigue Syndrome” equipped with a prescription for a medication that promotes “wakefulness” such as Vyvanse, Nuvigil, Provigil, or Adderall. Entering the picture before you can so much as dig your toes into the problems accompanied with use or potential abuse of stimulants is a bright red flag. One that arose before the doctor’s pen was able to so much as brush against his Rx pad.  “Chronic Fatigue Syndrome,” similar to countless other diagnoses accepted by an outlandish amount of patients with each given day, is not a diagnosis. It is a symptom. A symptom of a diagnosis that the doctor failed to put a respectable amount of effort into identifying. People do not become chronically tired for no reason, lest they fall chronically lazy; in which case a prescription surely exists for as well. Chronic debilitating fatigue is a clear sign the body system is not functioning at its optimal level. Knowledge that the body will always work to do what is necessary to survive, and that even then, it is still immensely fatigued, sets off a deafening siren signaling the presence of a problem too big for the body’s system to compensate for. The sad and infuriating truth is that a large handful of people diagnosed with “Chronic Fatigue Syndrome” and numerous other disorders are in reality suffering from something as simple as a nutritional deficiency, easily identifiable with a hair analysis test. I use the term “simple” because when this is the case, a stout dose of the select nutrient may be administered to the patient on a temporary basis, during which the deficiency will correct itself and the patient will be alleviated of “Chronic Fatigue Syndrome.”

Scenarios like this easily occur due to the average dietary standards, or lack thereof, followed by the majority of society. It is truly a shame to think of a person taking prescription drugs with an essay length of possible side effects, when the answer to their health problem lay within the painless process of nutrient replenishment all along. Some doctors, not all, are quite apt to spatting off spoof diagnoses and prescribing whatever dangerous drug their alleged diagnosis may require. And to what expense? Useless, avoidable suffering of a patient whose doctor overlooked the most obvious and important symptom of all -that the patient, like himself, is a human being. An equal being treated inhumanely by a fellow human being who he sought out with trust regarding his problem.  Take a step back, take the truth in. This happens frequently, so there is no use to pretend, let it all sink in. Now, who is the truly sick one?

Logically speaking, the war on drugs would be on the ones responsible for the most fatalities and health complications, the ones that are easily accessible and right in front of our faces, the ones which remain legal despite all this; rather than on the drugs that are already illegal and monitored, more difficult to obtain, and responsible for less deaths. Taking the bigger picture into account, if the war on drugs was honestly centered on the well-being of society, focus would be placed on drugs most harmful to the human body system, prescription drugs. But that is logically speaking and unfortunately, logically speaking commonly translates to wishful thinking in the world of war, medicine and illegal drugs. With each passing moment, “logic” becomes more and more of a foreign concept to the major parties in charge of the world of conventional western medicine.

4. Starfield, B. (2000). The Journal of the American Medical Association (JAMA) Vol 284, No 4. Johns Hopkins School of Hygiene and Public Health.