7 Tactics to Trick the World into Higher Consciousness 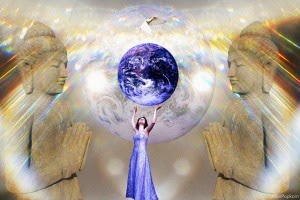 In a culture where “thinking outside the box” is a common cliché that gets tossed around by people who simply do not think outside the box, we sometimes need ways to jump-start our world views, to stimulate our weltanschauungs, and to kick open our third eye. Here are seven tactics that just might give us the momentum we need to launch us out of our comfort zones and into a higher state of awareness.

“Forget safety. Live where you fear to live. Destroy your reputation. Be notorious.” -Rumi

Don’t fear transformation, transform fear. Change is an absolute. Nothing ever stays the same. Suppressing or denying this absolute fact is a recipe for personal disaster. Only cowards suppress their fear. Only cowards deny change. Subsume cowardice by assuming a heroic posture toward life. Realize that fear is natural, except it for what it is, and then transform it into courage. This is emotional alchemy at its best. Nobody is perfect. We all have fears. Change for the better should never be a goal of perfect conception but advancement from misconception to ever more refined misconception.

The ability to transform fear is precisely the ability to stretch comfort zones, break mental paradigms, push envelopes, and think outside boxes. When we can do these things we discover the ability to launch ourselves into higher realms of consciousness.

“Disobedience, the rarest and most courageous of the virtues, is seldom distinguished from neglect, the laziest and commonest of the vices.” –George Bernard Shaw

This tactic comes down to a choice: liberty or slavery. As Henry David Thoreau wrote, “Disobedience is the true foundation of liberty. The obedient must be slaves.” Secession from civilization can be an art form when we live deliberately as an example for how others can deliberately live. Life is too short not to seize it. Life is too precious not to play with it, mold it, and make it our own.

All forms of human government will lead to self-interest, consumerism, immoderation, ill-discipline and a general lack of humility if there are not checks and balances in place to keep it transparent. The key to keeping the “spirit,” or pneuma, of democracy alive, and preventing those that uphold it from slipping into tyranny and power-mongering, is to set up internal checks and balances. Namely: strategic civil disobedience that leads to economic and ecologic equilibrium. We the People, we the governed, are these checks and balances. It can be no other way. Civil disobedience is how the disenfranchised lobby congress. We need only have the courage to do so. Like Howard Zinn wrote, “Civil disobedience is not our problem. Our problem is civil obedience.”

“To be human is necessarily to be a vulnerable risk-taker; to be a courageous human is to be good at it.” -Jonathan Lear

“Counting coup” is a metaphor for a wake-up call, for shocking ourselves and our fellow man into wakefulness. It can be done either through the written word, street art, or through a progressive lifestyle that is in-your-face sustainable. We’re counting coup on that which is unhealthy within us. When we count coup on inertia, sloth, narcissism and extremism, we do it so that vitality, courageous action and diversity can shine through; so that we can, like Thoreau said, “Live deliberately.”

Tonight, let’s creep up close to the gods talking in their sleep, count coup, and leave with their secrets in our satchel.

“One of the unexpectedly important things that art can do for us is to teach us how to suffer more successfully.” –Alain de Botton

This is a strategy of artistic sabotage; a turnabout or derailment; a variation on a previous concept in which the newly created one has a meaning which is antagonistic or antithetical to the original, an artistic counter-weltanschauung dynamics, if you will. It is the meshing of art and anarchy.

This is the use of art and satiric jest to make a point, as opposed using guns or violence. Here, we are free to be creatively mischievous and openly rail against the State, using art as a tool. A person using a gun is a symbol of failure. Guns are for the weak. Violence is for the immature. True courage isn’t blowing up a hostile tank, it’s counting coup on our enemy through art and high humor. True courage is standing on our feet with joy & love in our heart, holding a pen, or a camera, or a paintbrush, with a smile on our face while the tanks of madmen threaten to roll over us. Violence should only ever be a last-ditch-effort at self-preservation, never a first.

Like Gandhi said, “Nonviolence does not mean meek submission to the will of the evil-doer. It means the pitting of one’s whole soul against the will of the tyrant. Working under this law of our being, it is possible for a single individual to defy the whole might of an unjust empire to save his honor, his spirituality, his soul and lay the foundation for that empire’s fall… or its regeneration.”

“By coaching our unconscious, we also discover a potentiality for countless transformations.” –Piero Ferrucci

Psychosocial troubleshooting is the surreptitious planting of seeds (memes), and a rewiring of outdated, parochial systems through strategic infiltration. Here, we learn how to become imperceptible. We regain a taste for anonymity by living simply so that others may simply live, while also maintaining stealth within our proactive approach to bringing progressive sustainability to otherwise unsustainable systems.

Similar to what happened in the trenches of the Occupy Movement, we give ourselves permission to disregard the laws of the corporate-consumerist State, while creating new rules through horizontal democracy. Psychosocial troubleshooting is our moral obligation to strike down the plutocracy that threatens our democracy.

“Make no mistake about it – enlightenment is a destructive process. It has nothing to do with becoming better or being happier. Enlightenment is the crumbling away of untruth. It’s seeing through the facade of pretense. It’s the complete eradication of everything we imagined to be true.” –Adyashanti

This is a self-interrogation tactic wherein one has an argument with oneself so as to diagnose or simplify a philosophical or existential dilemma. This teaches humility in the most primordial sense. It’s a full-frontal assault on our own cognitive dissonance, a kind of cognitive dissonance counterintuitive. It gets down to the roots of the cognitive experience and shows exactly how precarious our cognition truly is.

When we see how layered and deep the menagerie of self is, we come to a very profound humility that launches us into a higher state of consciousness. We free ourselves to think in new ways by shedding our old ways like a snake sheds skin.

“In this kind of ontology of immanence, what we are describing is not a creature who is transformed and who transforms the world in turn in some miraculous ways, but rather a creature who takes more of the world into himself and develops new forms of courage and endurance.” –Ernest Becker

This is the tactic of cultural renaissance; of caring for the soul of nature through the embodiment of our cultural depths. Zeitgeist Dynamics is the bestowal of our unique unrivaled soul-work unto our “tribe,” our community, and our world.  With this tactic we realize that in order to be healthy, our ecosystem as a whole must be diverse, fruitful, adaptable and ever changing. We are not looking for rewards, accolades, or fame. Rather, we are seeking personal fulfillment by invigorating the vitality of the “community.”

Within this dynamic we act as both defender and caregiver (warrior/attendant) of the world. We act with compassion and open-minded understanding rather than violence and blind faith. We are the preeminent catalyst; the impossible bridge; the primordial womb, creating tonality in an otherwise atonal world. We are devoted to living the riddle of human destiny heightened to a state of interrogated enlightenment. With this tactic we are all at once self and other; tribe and culture; human and animal; earth and cosmos. We are a force to be reckoned with, because we are a force of human nature first and individuals second.