Motorola Patents Device That Lets You Send Thoughts to Your Phone 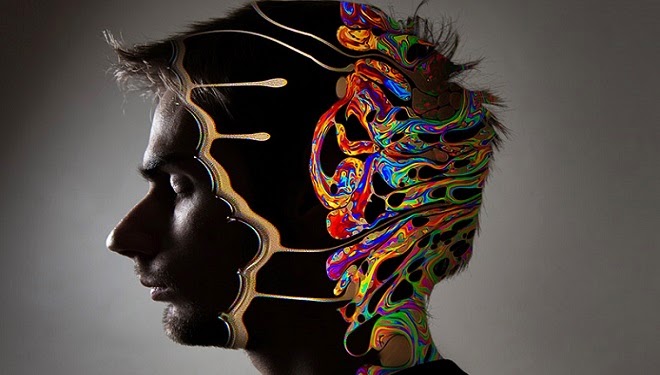 Though filed in 2012, news of Google’s mind reading device did not get publicized until November 2013. On May 03, 2012, Motorola Mobility, a Google-owned company, filed to patent a tiny device that can detect a person’s thoughts via unvocalized words.


According to the patent, those thoughts/words could then be sent out to control a mobile device.

Interestingly enough, this device is designed to be printed (like a tattoo) on to the person’s neck. Though such a device coming to fruition is a technological breakthrough, there are many out there who are not really excited about wearable tech that can be affixed right onto the human body and can transmit private words to a mobile device.
Furthermore, there is some concern that such a device is owned by Google, who has been recently identified as a NSA cohort.

Though filed in 2012, news of Google’s mind reading device did not get publicized until November 2013. According to the patent filed, “A system and method provides auxiliary voice input a mobile communication device (MCD). The system comprises an electronic skin tattoo capable of being applied to a throat region of a body.”

The patent goes on to state that the tattooed circuitry would consist of a microphone, wireless transceiver, power supply, and a signal controller. They way the device would pick up a user’s thoughts is that the microphone is sensitive enough to detect sub-vocalized words or even the neural signals that the brain sends to the vocal chords when we speak internally to ourselves.

Such a technology has a number of positive implications for a number of people. From a general consumer standpoint, the device would allow users to send unspoken messages, without the need to manually enter them, in crowed locale or in a locale that requires quiet. Another positive implication would be that the user would be able to use the device in the event of an accident.

Also, those with disabilities that affect the hands or the ability to vocalize words would be able to use a mobile device in tandem with the e-tattoo. These are only a few of the positive implications of the device, but it is not without some possible concerns.

Google has had a number of issues with privacy in recent years; therefore, it is only natural that many people see some privacy issues with the throat tattoo.

Such concerns stem directly from the patent verbiage itself. One sentence (on page 7) states, “Controller of electronic tattoo can be configured to execute programs or instructions to enable communicative coupling of the electronic tattoo to external electronic devices such as a smartphone, a gaming device, a tablet computer, a wearable computer, for example.”

The cause for concern is that the patent never states that the controller would be solely the wearer of the tattoo, leaving it open for Motorola Mobility (i.e. Google), to remain in control. Additionally, the patent states that each tattoo will have an unique identifier; so, if multiple tattoos are an a crowded area, signals cannot be crossed.

There is no denying the fact that such a device, if built and produced, would be a technology breakthrough. However, is it really a break that the masses want? Furthermore, do the negatives outweigh the positives for the existence of such a device? Should it really be compared to the biblical “mark of the beast”? The biggest question, if produced, will you wear the Google throat tattoo?