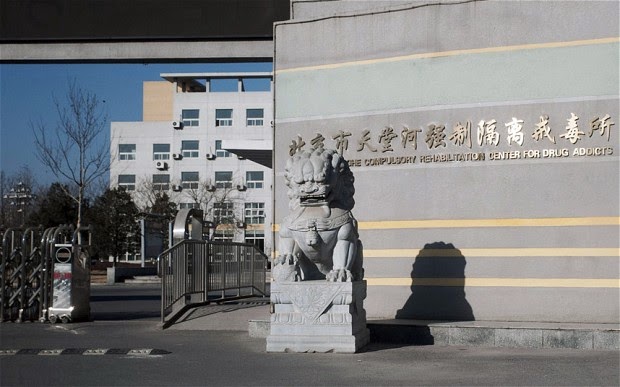 
China appears to have fulfilled a promise to dismantle hundreds of labour camps and release tens of thousands of people who were imprisoned in them without trial.
A series of visits to six enormous labour camps on the outskirts of Beijing suggested that four had been shut down, with their signs removed. Staff said all their prisoners had been released and they were waiting for further orders.

The other two camps had been converted; one into a drug rehabilitation centre and the other into the second cell block of a local prison.
Interviews with former labour camp prisoners across China also confirmed that the system has been disbanded and that they had not been placed in any other type of detention.

The Communist party has promised since 2007 to end "re-education through labour", a relic of Chairman Mao's era which allowed the police to imprison offenders – including political and religious dissidents – for up to four years without trial, often forcing them to slave in mines and factories, or on farms.

The labour camp system was criticised as an "urgent human rights concern" by the United Nations in 2009.
However, for years there appeared scant progress and the future of the camps was kept a tight secret.
Human rights campaigners expressed concern that the camps might survive under a different name, or that prisoners would be moved to other facilities such as mental hospitals or secret jails.

At the start of 2013, there were roughly 160,000 people in labour camps, according to Human Rights Watch.
An official at Beijing's Labour Camp Bureau, who only named himself as Mr Zhang, insisted that a new government vote at the end of December had proven decisive, and that all prisoners had now been released and allowed to return home.
"I can be very sure there is no one left inside," he said. However, he declined to allow access to any of the camps and would not say how many there were in Beijing or in total.
Asked how many people were released, he said: "Sorry I can't tell you, there are some relevant regulations to follow."

Several dissidents who served time in labour camps confirmed that they had been abruptly released over the past year, had been allowed to return home, and have not been the focus of any other police restrictions.

Jiang Chengfen, a 40-year-old farmer from Sichuan who served a year in a labour camp for criticising the government, said she had been released abruptly without finishing her sentence.

"They did not tell me I was being released, just to go downstairs because someone had come to see me. It was my husband. They had brought him but also not told him I was being released. I had to change my clothes and they pushed me out," she said. "I was quite puzzled".
All of Beijing's recorded labour camps were in Daxing, a dusty grey suburb roughly 50 minutes by car from the city centre.
Satellite photographs show the scale of the complexes, some of which had as many as 30 different blocks within their high concrete walls. Many of the labour camps were placed in "prison districts", next to high-security jails.

Officials at the camps in Daxing declined to allow any access to their respective facilities, but claimed they were now vacant.
"We are still working, but there is not much to do," said one official at the Xinhe labour camp, who declined to give his name because he did not have permission to speak to the media. "We cannot let you inside though, it is still top secret," he added.
At the Daxing Women's Labour Camp, a policeman said staff were awaiting orders. "The government is still deciding what to do with the facility now," he added. A deliveryman outside the gates said he had made regular drop-offs at the site but that it was now empty.
>>read more>>