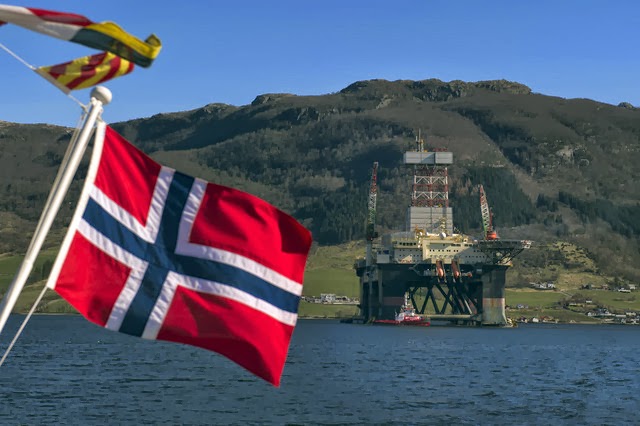 Norway’s sovereign wealth fund has grown so much that it makes every Norwegian citizen a “theoretical” millionaire. The country reached the milestone thanks to a recent increase in oil and gases prices during 2013.


While the rest of Europe remains mired in financial crisis, Norway has quietly been amassing a huge fortune which reached 5.11 trillion crowns ($828 billion) on Wednesday, according to figures from the country’s central bank - Norges Bank.

The new figure is over a million times Norway’s population which totaled 5,096,300 in the third quarter of 2013.
The surplus revenue from Norway’s oil and gas investments around the world is collected in the Government Pension Fund Global.

The fund ballooned in 2013, raking in a total of 288 billion crowns ($46 billion) from around the world.
Norwegian Finance Minister Siv Jensen told Reuters the fund helps protect Norway from volatile fluctuations on the oil and gas market.

In spite of the millionaire milestone, Norwegians will not be allowed to access the money which is being saved for a rainy day.

The Norwegian government has been parsimonious with the surplus that has built up in its Government Pension Fund Global, which was laid down in 1990. The institution was first established in a move to compensate for the predicted decline of oil revenues over the next decade.

“The fund is a success in the sense that parliament has managed to put aside money for the future. There are many examples of countries that have not managed that,” said Oeystein Doerum, chief economist at DNB Markets to Reuters.

She added that Norway’s significant wealth and ability to support its citizens may have discouraged some from working.

“One in five people of working age receives some kind of social insurance instead of working,” Doerum said. Norway’s unemployment rate currently stands at 3.3 percent a far cry from the European average of 11 percent.


A future without oil

With a decline in the oil markets expected over the next ten years, Norway is currently debating how to diversify its oil-based economy. Prime Minister Erna Solberg told the Confederation of Norwegian Enterprise’s that Norway needed to prepare for the “post oil era” at a conference on Wednesday.

“The oil has given Norway prosperity, but it is knowledge that is Norway’s future,” she said describing Norway as “mediocre, the middle of the tree.”

“We must be on top. We can’t be top in everything, but we must have some world leading universities and have a high level of general education.”

Rich deposits of oil were discovered in the North Sea off the coast of Norway in the 1960s, turning the country into the seventh biggest oil exporter today. However, recent years have seen a decline in oil revenue, but discoveries of oil deposits in the Barents Sea in 2013 could revitalize the industry in Norway.