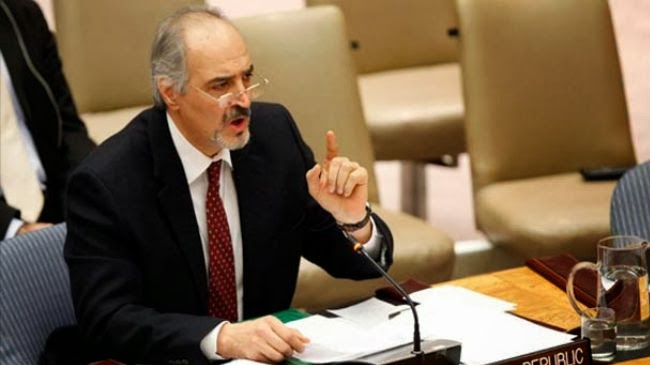 Damascus has officially asked the UN Security Council to prosecute Turkey and all countries that support the militants operating in Syria.

“The Turkish authorities are systematically offering help in supplying arms to terrorists operating in a number of districts in Syria", he said.

“They support the groups which every day carry out terrorist attacks against the Syrian people, government buildings, and other infrastructure facilities,” the diplomat wrote.

Ja’afari pointed out that the terrorists “do not stop attacking hospitals, schools, Muslim and Christian shrines, diplomats and even children.”

“They were trained on the border with Syria, after which the Turkish authorities helped them penetrate the neighboring country,” the letter said.

Syria has been gripped by deadly unrest since 2011. According to reports, Western powers and their regional allies — especially Qatar, Saudi Arabia, and Turkey — are supporting militants operating inside the country.

The United Nations has said that more than 100,000 people have been killed and millions displaced so far due to the turmoil in the country.

The UN also says more than four million other Syrians will be forced out of their homes in 2014 by the escalating conflict in the nation.

Two million Syrians are expected to take refuge outside the country while another 2.25 million are predicted to be internally displaced next year.