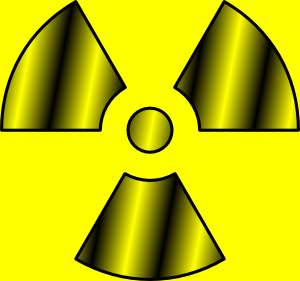 If you've heard about Fukushima radiation spreading to the Pacific Coast of North America but were "corrected" by sources both official and expert that this was based more on rumor than reality, then consider the information presented at the October 2013 North Pacific Marine Science Organization (PICES) annual meeting.


Researchers from Fisheries and Oceans Canada confirmed that the radioactive plume from Fukushima is indeed reaching the shores of Canada and the United States - and was detected at least six months ago - carried both in the ocean surface water and the atmosphere on similar but slightly different courses.

In a presentation titled "Communicating the forecasts, uncertainty and consequences of ecosystem change,"  the Canadian researchers gave evidence that the bulk of radioactivity from Fukushima is shifting almost entirely from the western portion of the North Pacific (Japan) to the eastern portion (North America) over the course of the next five years. As of 2012, it had already reached the central region of the Pacific Ocean, and a previously unpublished map shows that, as of 2013, it had reached the shores of Alaska and British Columbia, with the most intense area of the plume yet to arrive.

The Fall 2013 discussion centered around competing calculations of the severity of effects from cesium-137, based around two differing models of the radiation's trajectory. The first, published by German researcher Erik Behrens and his colleagues at the Helmholtz Centre for Ocean Research in 2012, drastically understates the potential dangers, predicting only modest levels of 2 becquerels per cubic meter (Bq/m^3) by 2015 for the 49th parallel near British Columbia and Washington state - scarcely above the background levels from the continued fallout of Chernobyl.

Meanwhile, the second, published by Vincent Rossi and other colleagues from the Climate Change Research Centre in 2013, presents a much more consequential picture. It predicts alarming maximum levels reaching 25 Bq/m^3 at their monitoring station in British Columbia by 2015 and peaks above 30 Bq/m^3. Cesium levels at the 30th parallel - reaching Baja California in Mexico - wouldn't peak until about 2019, though projected maximum levels would reach only about 15-20 Bq/m^3.

The amount of atmospheric cesium being transported across the ocean via winds remains the unknown yet potentially greater factor. It partially explains the drastic difference in projections, as there are no monitoring stations for airborne radiation in the Pacific and no reliable methods of predicting the scale of its effects. Further, it has only recently been publicly admitted that 300-400 tons of contaminated water have been pouring into the Pacific per day since the meltdown began in March 2011.

The fact is that the initial findings of radioactivity from Fukushima on the shores of Alaska, British Columbia, California and Mexico - confirmed privately within the scientific community months ago - are just the beginning. They are consistent with previous predictions of cesium-137 hitting the West Coast of the continental United States in late 2013 and early 2014. Scientists have acknowledged that it will continue to spread into the Arctic Ocean, reaching eastern Russia and eventually pouring into the Atlantic Ocean.

All models point to increased radiation from here on out. Just how bad it will get remains to be seen, but red flags were raised last week when health officials dismissed concerns about readings taken in San Francisco and posted on the Internet that showed levels as high as 150 counts-per-minute - about five times higher than normal background radiation levels.

Though public authorities continue to ignore warning signs - and refuse to inform the public about the scientific findings in order to quell panic - these radioactive nucleotides bioaccumulate in the food web, and in the human body, and should not be so handily dismissed.

Above normal levels were already detected in milk from the West Coast two years ago, tipping off the scientific community to the fact that rainwater, dairy, produce and meat supplies were already being hit with cesium-137, iodine-131 and possibly strontium-90. Bioaccumulation can greatly concentrate the amounts of radiation present in the environment, such that exposure to cesium through milk or meat - which aggregates the total amounts of radiation present in the water, grass, hay etc. consumed by the cow - could reach dangerous levels in humans.

At least 70 sailors from the USS Ronald Reagan are filing a lawsuit against Tokyo Electric Power, stating they have become sick with radiation-related illnesses, including cancer.

The crew was exposed to radioactive fallout in March of 2011 while deployed on a four-day rescue mission to Japan after the earthquake and tsunami compromised the nuclear power plant.

According to crew member Lindsay Cooper, radioactive snow fell on the ship after Tokyo Electric Power Company (TEPCO) deliberately released a cloud of radioactive steam from the power plant in order to relieve building pressure and prevent a meltdown.

The radiation plume mixed with freezing air over the Pacific Ocean, and created the snow, which dumped more than 400 tons of contaminated material into the ocean. At the time, the crew joked about it with each other, even snapping pictures of the memorable event.

As they swabbed the lethal snow from the flight deck, they joked about it amongst themselves. We're sweeping radioactive snow!

Soon, however, the crew wasn't laughing. Officers on board activated the ship's multimillion-dollar radiation detection system too late, and found that the surrounding ocean may have been contaminated for at least a day before the plume hit, infiltrating the ship's drinking water supply and poisoning it's crew.

The ship tried to put into port for decontamination, but was turned away from ports in Japan, Korea, and Guam due to the hazard it represented. The crew is estimated to have floated through contaminated waters for at least two and a half months before finally being allowed to put into port in Thailand.

When Japanese Professor Toshihide Tsuda of Okayama University sat down with leaders from the Japanese Ministry of the Environment, talk about citywide evacuation near the Fukushima nuclear breakdown site began. Deeply concerned about rising thyroid cancer rates in Japanese children, these leaders believe that it's time to evacuate the city of Koriyama.

The epidemiology professor reports, "An incident rate of thyroid cancer on children in Fukushima are from several times to dozens times higher than usual. This is a rash of disease. There is a possibility [it will] increase more in [the] future and we need a countermeasure."

A Japanese judiciary, the Sendai High Court, agrees and "acknowledges a danger of low-level radiation exposure," and it concludes that the only solution is to evacuate or relocate children from the area. They report that changing schools in the area won't prevent radiation exposure over 1 mSv/y. While they believe that there is "no immediate risk on health," it's clear that they understand the long-term risks of exposing children to radioactive particles in the area.

When the March 2011 nuclear disaster went down, no one understood the impact that the radioactive breakdown could have on the surrounding cities and the people, especially minors. Six minors in the area of the disaster have recently been diagnosed with thyroid cancer, with another ten young ones reportedly now developing the life-threatening cancer. These rates continue to climb, up from 28 affected children last June to 44 going into 2014.

As thyroid cancer begins to show up, the damage has already been done, as the deadly radioactive substances have already pervaded the cells of the young ones, ravaging their smaller, developing bodies faster.

With approximately 360,000 children aged 18 or younger affected by the nuclear disaster in 2011, the Japanese government has begun giving annual checkups and will continue doing so throughout the children's lives.

As radioactive substances accumulate in the tissues and glands of the young children, the government in Japan continues to remain quiet. Japanese officials are now saying that the recent cases of thyroid cancer couldn't have come from the disaster at the Daiichi power plant in March 2011, stating that thyroid cancer from radiation takes several years to develop.

But what the government fails to understand is that these smaller, developing bodies might not be able to handle the load of radioactive isotopes in the same way as an adult body. The smaller, younger generation could be the first to show signs of cancer. Adult thyroid cancer rates may begin spiking in a few years. 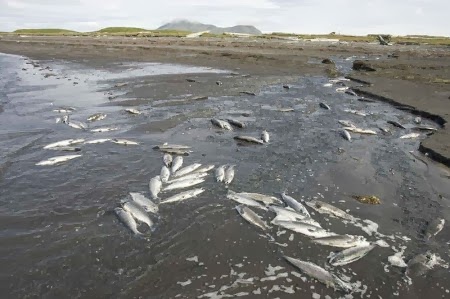 Millions upon millions of fish are suddenly dying in mass death events all over the world, and nobody seems to know why it is happening.  In many of the news reports that are linked to below, locals are quoted as saying that they have never seen anything like this before.

So is there a connection between all of the fish deaths that are now occurring all over the planet?  If there is a connection, is there anything that we can do to stop the fish die-off?  Sadly, because the big mainstream news networks in the United States have been virtually silent about this phenomenon, most Americans have absolutely no idea that it is happening.

Millions of fish are dying in mass death events every single month and most of the public is totally clueless.


Is Fukushima an Extinction or Transformation Level Event? How experts respond to this question

Ecologynews has begun a "Fukushima: Extinction of Transformation Level Event" project in which experts in fields as diverse as radiation and hermeneutics are asked to answer the question:

"Is Fukushima an Extinction or Transformation Level Event?
Can you list the top 3 solutions to Fukushima global radiation that you can find, along with a link?  People are asking for solutions."

Instead of extinction, outcome can be a multidimensional transformation - Alfred Lambremont Webre interview:


Selfprotection with food:
10 Foods to Naturally Protect Yourself From Fukushima Radiation