30 Percent of The World's Food Supply Is Wasted Every Year 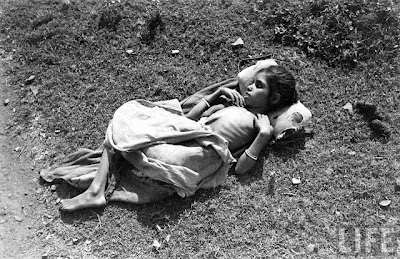 Loss and wastage occurs on all steps in the food supply chain.

In low-income countries, most loss occurs during production, while in developed countries much food -- about 100 kilograms (220 lb) per person and year -- is wasted at the consumption stage. International agencies claim to cater to the world hunger, yet fully one-third of all food produced globally -- a staggering 1.3 billion tons -- is lost or wasted every year, a study by the United Nations’ Food and Agriculture Organization found.

The impact of food waste is not just financial. Environmentally, food waste leads to an exagerrated use of chemicals such as fertilizers and pesticides; more fuel used for transportation; and more rotting food.


The report determined that overall food loss was divided about equally between the industrialized and developing world, although waste in rich countries was far higher on a per capita level.

Food loss and waste also amount to a major squandering of resources, including water, land, energy, labour and capital.
In industrialized countries, food losses were most often caused by retailers and consumers who threw “perfectly edible foodstuffs” into the trash, the agency said in a statement. By contrast, losses in the developing world were driven primarily by poor infrastructure and low levels of technology in harvesting, processing and distribution.

Thus, a strengthening of the supply chain through the support farmers and investments in infrastructure, transportation, as well as in an expansion of the food -- and packaging industry could help to reduce the amount of food loss and waste.

Limiting such losses in the developing world could have an “immediate and significant” impact on food security, the study’s authors concluded.

In the United States 30% of all food, worth US$48.3 billion, is thrown away each year. It is estimated that about half of the water used to produce this food also goes to waste, since agriculture is the largest human use of water.
The report comes at a time of heightened concern over global food prices, which are at or above levels not seen since the 2008 food crisis, when the soaring cost of basic commodities set off riots across Africa, Asia and the Middle East.
>read more>>