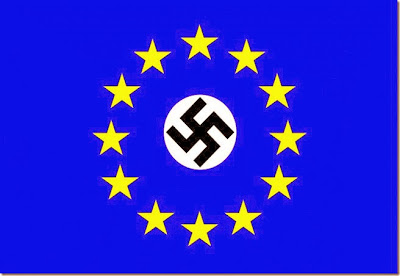 A frightening proposal currently being considered by the European Parliament would direct governments to monitor citizens deemed “intolerant” and could even lead to a ban on all criticism of Islam and feminism.


The European Framework National Statute for the Promotion of Tolerance (PDF), which was drafted by the European Council on Tolerance and Reconciliation (ECTR), an NGO based in Paris, was presented to the European Parliament’s Civil Liberties committee last month and is thought to be on the verge of implementation.

According to the Gatestone Institute, the Statute represents an “unparalleled threat to free speech” and would have the impact of “effectively shutting down the right to free speech in Europe” by banning “all critical scrutiny of Islam and Islamic Sharia law, a key objective of Muslim activist groups for more than two decades.”


The main purpose of the Statute is aimed at eliminating “anti-feminism” and “Islamophobia,” according to the document, which means that any criticism of feminist political doctrines or the Muslim religion would be considered hate speech.

Section 4 of the document states that, “There is no need to be tolerant to the intolerant. This is especially important as far as freedom of expression is concerned.” In other words, stamping out “intolerance” trumps the free speech rights of millions of European citizens.
“Faith-based groups and schools, adherents of a particular religion or even just parents who want to teach their children certain moral values would all be put under general suspicion of being intolerant,” warns civil rights watchdog European Dignity Watch.

The proposal dictates that “Members of vulnerable and disadvantaged groups are entitled to a special protection, additional to the general protection that has to be provided by the Government to every person within the State.”
This basically mandates that the free speech rights of European citizens need to be revoked in order to secure the “additional” rights of minority groups to not be offended by “intolerant” remarks, which include holding such groups to “ridicule,” a definition which would presumably outlaw satire.

The framework calls for the doctrine to be implemented by “a special administrative unit” in each of the EU’s 28 member states that would “operate within the Ministry of Justice” and have the power of “penal sanctions.” In addition, a “National Tolerance Monitoring Commission” would also be created to “promote tolerance.”

“The principles of freedom of contract and the freedom to live according to one’s personal moral views are in danger of being superseded by a newly developed concept of ‘equality.’ It would undermine freedom and self-determination for all Europeans and subject the private life of citizens to legal uncertainty and the control of bureaucrats,” states European Dignity Watch. “It is about governmental control of social behavior of citizens. These tendencies begin to give the impression of long-passed totalitarian ideas and constitute an unprecedented attack on citizens’ rights.”

The proposal also caters for the re-education of individuals deemed intolerant. “Juveniles convicted of committing crimes….will be required to undergo a rehabilitation program designed to instill in them a culture of tolerance,” states the document.
Schools from elementary level upwards will also be mandated by governments to “introduce courses encouraging students to accept diversity and promoting a climate of tolerance as regards the qualities and cultures of others.”

The proposal also calls on citizens to be brainwashed into “tolerance” via mass media, with governments ensuring that television networks “devote a prescribed percentage of their program to promoting a climate of tolerance.”

The program is not only an alarming threat to free speech but is also deliciously ironic in light of complaints by major EU powers about NSA monitoring of citizens and world leaders.
Given the EU’s history in this context, it’s highly probable that they will adopt the recommendations wholesale.

Back in 2001, the EU announced that it had the power to outlaw criticism of itself when the European Court of Justice ruled that the EU could, “lawfully suppress political criticism of its institutions and of leading figures.”