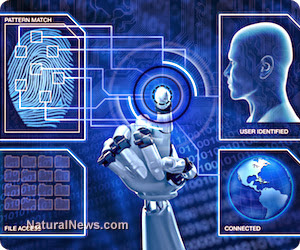 We have already established that Healthcare.gov is not a functioning database application that allows people to shop for competing health plans. It is actually a government-run Trojan Horse that suckers people into creating accounts where they hand over:

During the enrollment process, your computer also hands over your IP address which is then tied to your social security number.


This IP address is then handed over to the NSA thanks to its new mega-black-hole data center in Utah, where your IP is cross-referenced with all website visits, including:

Armed with this information, the NSA can then link your seemingly-anonymous online chats, comments and posts with your social security number. Linguistic algorithms can "score" your online posts to create red flags that call for additional investigations of anyone using words like "liberty" or "patriot."

This information can then be turned over to law enforcement, as is found in the fine print of the Maryland Obamacare exchange, which states:

...we may share information provided in your application with the appropriate authorities for law enforcement and audit activities.

Thus, by enrolling in Obamacare, you are voluntarily surveilling yourself and handing over the data to the government while also AGREEING to terms of self-incrimination.

Ponder the implications of this for a moment...

Obamacare is the meta-level con of tricking Americans into thinking they're signing up for free
health insurance when, in reality, the website primarily exists to scrape personal financial details, passwords, emails and social security numbers from Americans who will later be targeted by the government itself.

All the emails registered with Healthcare.gov, for example, will likely be used by the Obama administration to spam people with political propaganda or contrived "terror alerts" that use fear to concentrate more power in the hands of government. 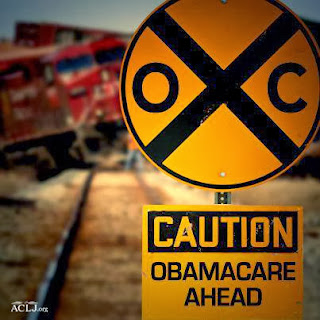 All the financial data will be turned over to the IRS for criminal investigations of Americans who are suspected of under-reporting their incomes (or supporting "patriot" groups with financial donations).

All the passwords used on Healthcare.gov will be turned over to the NSA and matched up with individual IP addresses so that NSA operatives can hack into private bank accounts, encrypted email accounts and other private data, based on the assumption that most users use identical passwords across all the websites they commonly access. (A person's password under Obamacare probably has a 50% chance of also working for their online banking. And since the NSA has your social security number, it's a no-brainer to match up your online surfing habits with your phone number, home address, investment holdings, tax returns, international travel history and so on.)

In essence, Obamacare allows the government to gather a goldmine of private data that can be exploited to target, punish, incriminate, blackmail or steal from any desired target.

As this is a federal government that believes it now has total power to do anything it wants without limit, there are no boundaries of what it might do with this data. Remember, Obama is the president who literally maintains "kill lists" of Americans to have terminated. This is openly admitted and confirmed. The Obama administration also believes it can bypass Congress and simply create new law by executive order, concentrating all power into its own hands with no regard for the separation of power upon which this nation was founded.

As is common with tyrants, the Obama administration truly believes the People have no right to privacy, no right to due process, no right to representation in government and no right to determine your own engagement in commerce. This is why Obama is playing such hardball to shove Obamacare down everybody's throats: the government desperately needs to gather all this surveillance data so that it can leverage it to blackmail members of the U.S. Supreme Court, the Senate, the House, and even federal judges. Blackmail is essential to maintaining power in a corrupt society. And Healthcare.gov is the portal for scraping passwords, IP addresses and even financial details from anyone gullible enough to actually hand this over to government (i.e. democrats).

As far as I'm concerned, the IRS can fine me all they want. I'm never voluntarily enrolling in Obamacare, even if you put a gun to my head like Obama is doing to the entire nation right now with this insane, contrived government shutdown that treats our own veterans like dirt.

All dignity is now gone from the Obama administration. Zero credibility remains. The government has all but openly declared war on the People and is actively using tricks like Healthcare.gov to coerce people into incriminating themselves. The Obama administration is out of control and a grave danger to society. It must be lawfully stopped from damaging America any further.

Now is the time to seriously discuss impeachment, not just of the President but of every U.S. Senator and House member who voted for this unconstitutional, "Trojan Horse" health care system that's destroying America's economy and wasting an unprecedented amount of time, money and effort. End Obamacare now and restore dignity and justice to America.

omputer genius John McAfee has dropped a bombshell on Obamacare enrollees warning Fox News in the video below that Obamacare websites have no way at all to protect those who enroll from hackers robbing their bank accounts blind. With Obamacare now floundering helplessly in the water with problems being reported across the nation, will this latest bombshell from computer security expert McAfee be the bomb that sinks the Obamacare sinking ship? Will YOU enroll in it knowing this?

Obamacare websites have “no safeguards” to protect Americans who enroll in the health insurance exchanges from hackers who will “empty your bank account,” according to internet security pioneer John McAfee.

McAfee said he could create a fake Obamacare exchange website for “a couple hundred dollars” and expect a big return on the scam.

“I’ll ask you your social security, your date of birth, [so] an hour later I can empty your bank account,” he told Fox News’ Gretchen Carlson.