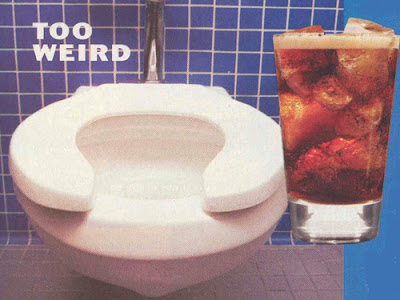 
Please excuse us as we go toss our iced coffee; a new investigation from The Daily Mail has found that ice from McDonald's, Burger King, KFC, Starbucks, and more fast-food chains, tested in the U.K., was all more bacteria-ridden than toilet water.

The Mail reports that scientific tests found that all of the samples contained more bacteria than toilet water at the same place, but none of them presented an "immediate health danger."

Samples from McDonald's, KFC, and Nando's were suspected to be dirtied by things like a dirty ice machine, while Burger King responded to its results by saying it was probably an employee who didn't wash his or her hands.

Meanwhile, Starbucks reportedly had a "satisfactory" level of bacteria, scientists say, despite the amount being higher than bathroom water levels.

Of course, this isn't the first time people have discovered the scary bacteria in ice; Grub Street has rounded up every instance of ice-bacteria research, enough to make you swear off iced drinks forever. 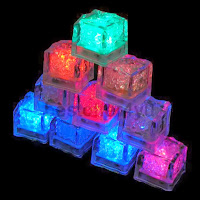 Dr Melody Greenwood, a former laboratory director for the Health Protection Agency, said the results show restaurants need to ensure staff are properly trained to handle ice.
‘This is a warning,’ she said. ‘It is easy to forget ice can carry bacteria because they think it is too cold for germs, but that is far from the truth. Nasty bugs such as E.coli can lurk in ice machines. In some cases, such as Nando’s, we found double the amount of bacteria we would expect to find [in drinking water]. This is caused by things such as a failure to clean machines and scoops used by staff.’

The samples were tested for pathogens and their total bacteria counts at 22C and 37C. Higher counts at 37C are often associated with contamination by human or animal contact, such as meat in the kitchen. Raised 22C counts are usually due to environmental organisms and can indicate a failure to clean ice machines.

At 37C, guidelines state that levels exceeding 100 organisms per ml show evidence of poor hygiene. Burger King was the only one to surpass the limit, with 260 organisms.