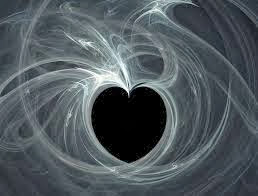 
They’re usurpers, in every sense of the word. And absolutely nothing to fear.

That these invading power freaks striving to control the world should try to lay claim to some secret knowledge and power source that is superior to everything else is a fraud. That they think they can bring on world changing events that result in national clampdowns and population reduction is their personal nightmare in the making.

It’s only true if we submit to it. Our validation and obeisance affirm their intentions. Without that it would immediately crumble into dust.


Lies have no power unless believed. That’s the power of the awakening.


See Through It For What It Is

We need to see it for what it is. A spiritual charade. A flimsy fabrication appearing real that only comes into being when humanity buys into it. Quantum physics confirms this. We get what we focus on and affirm.

While we have to deal with their very real machinations they’ve unleashed to destroy the earth and most of its inhabitants for whatever sick reasons they conjure, they have no superior super-powers to fear. Only those we give them by getting entranced by and believing their lies. At any point humanity can walk away from it and stop supporting it. Soldiers can lay down their guns, police can join with the populace, employees can walk from their jobs, consumers can stop consuming what is wrong, and the media can just be ignored.

This external projected nightmare of a world system is theirs, not ours. That knowledge is extremely powerful. We just have to deal with the fallout from their insanity while eliminating its source – our agreement to it. And we can do so consciously and with great peace of mind and heart in spite of all of their efforts to induce fear.

The fact is, there is no secret but that which is willfully withheld or deliberately ignored. And to the conscious, nothing is hidden that cannot be revealed and turned for the empowerment of our fellow human beings and planet.


Their Puny Pride Is on the Run

So much of the big lie that we’re witnessing on the world stage is simply projected pride – the big, fat, stinking manufactured pride of pathological egomaniacs reinforcing a fabricated world of their ugly, demented imaginations. Along with their demonic spiritual baggage. Whether world conquest piggy-backing on natural and manufactured catastrophes, or attempting to morph humanity and terraform our environment to meet their specifications for world control, it’s all fundamentally defensive.

Yes, defensive. They’re scared. They cannot let things take their natural course. That would mean their demise. They have to forcibly control every aspect they possibly can to prevent humanity from waking up to its full potential. Once we do we just shrug and flick them off like the parasites that they are.

It is they who are running and hiding from something so incredibly powerful they have to erect giant sand castles to hide in with massive security forces while they attempt to exterminate all those who carry this amazing potential to realize Truth. Just witness the defensive fortress attitude of the elites and their housing and militarily protected behaviour for starters. Look at the massive security details surrounding so-called powerful figures. It boggles the mind. What are they afraid of?

Now you see who really has this innate fear in their veins?

And their underlying problem? Us. An awakened and empowered us is what they’re absolutely frightened of. And like the cowardly bullies in the playground, they know their time is just about up. We’re talking together, connecting dots, gathering our wits and growing by the minute in courage and resolve.

Our warfare is a spiritual one. Whether we encase this understanding in one of the more classic socio-political frameworks or see it completely metaphysically, the play we’re witnessing is nothing to fear no matter what it appears to be blown up into. The feverish power struggles and social engineering taking place on such a massive scale are all based in fear.

What we need to realize is this fear is first of all theirs which they project on to us. They know they’re usurpers and self-serving maggots feeding off of the body politic. They know they’re heartless bastards out for what they have deemed is important. And it is contrary to everything natural and nourishing. They know this.

And ultimately this fear is fear of you, and fear of me. Because we represent the potential connection to Truth that they are consciously denying. That awareness of Truth signals their inevitable downfall.


They Cannot Create – They Can Only Hijack and Pervert 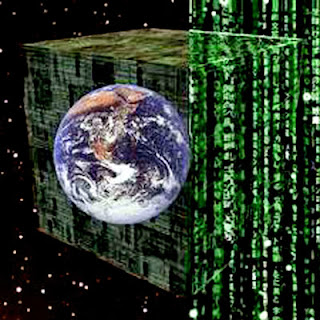 While we know this supplanting of authority is true about their false hierarchy and self-imposed “ownership” of lands, natural, and even human resources, they’ve also cleverly tried to co-opt the inherent powers of the so-called mystery schools, the language of which is fundamentally numbers and symbols.
What people forget is almost all of these symbols occur naturally with wonderful positive, regenerative properties. What these lying entities have done is simply attach negative and destructive and abusive connotations to anything they can.

There are many examples of how these usurpers cannot create but only imitate and pervert. Sacred geometry, occult symbolism–even empowering behaviors they turn into occult satanic rituals. They pervert naturally occurring patterns and energies because they cannot allow natural courses to take place. It nullifies their existence. This is clearly evidenced in the usurpation we see in today’s logos from so-called secret symbols of the ancient mystery schools.

This is another shadowy charade of images that only gets power from what one takes on through ignorance. These crafty techniques then cause the unsuspecting to derive the energies these parasitic forces project into this secret language as in the case of satanism, saturnalia, the churches of Babylon, Freemasonry and the like. This permeates society in occult symbolism, whether it be the layout of cities like D.C and the Vatican, film, musical and art references, or corporate logos, all laden with messages.

This is all to expose how once you’re wrapped up in their world of interpretation with an abusive, violent world around you to back it up, you begin to think the lie is true. Therein lies their only power. Your “belief” and entertaining of their notions, empowered to appear real only by your participation.
Turn it off. Turn off their sources–mainstream media, staged events, manipulated music, shallow publicity, even phony personal responses and relationships.
It’s time to get real.
Remember, their whole plan is designed to replace reality with a false matrix of power that’s fed by fear. Don’t dwell on it, and see it for what it is. And reverse the flow. Their flaky construct will crumble.

Each one of us changes the direction of Spaceship Earth.

By our very clarity of understanding, our conscious awareness of the Truth and our not submitting to their web of deceit, we throw off the illusory shackles of the would-be controllers. Just one person’s total lack of fear, not giving any obeisance to their societal, political, economic or physical oppression network, is a flame in their flimsy cobweb. And those burn up quickly!

They’re lying usurpers – but it only works with our agreement. Our conscious awareness, as vague as that may seem to some, is the ultimate weapon. And it starts with waking the hell up and then keeping on waking up…and rattling as many other cages as we can in the process. It’s not always a smooth process, but it requires honesty and guts.

And cutting the bullshit.

As our collective consciousness grows more awake and aware it gains power and tremendous momentum. The x-factor is Spirit which manifests in many ways, including in the profound form of synchronicity.  And then when each of us responds to Universal consciousness things change dramatically. Life’s signs become increasingly apparent and start challenging and leading our lives more and more, activating us in ways we never knew could have been realized or could have had such powerful influence.

With each and every wake up the war is won.

It was won in the beginning. Stand on that. We need to stop believing the illusions around us and learn to act on our true conscience.

At that point it becomes now. Really now.

That’s our event horizon. Be there.