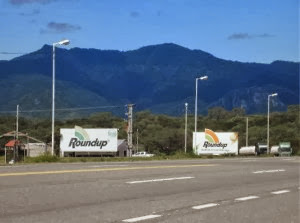 
Testbiotech will publish its findings from a pilot project initiated to analyse herbicide residues in soybean crops grown in Argentina. The samples were taken shortly before the harvest was due, and analysed by a laboratory at the University of Buenos Aires.

The results showed surprisingly high levels of residue in plants that had been sprayed with glyphosate. Almost 100mg/kg were found in one of the samples. In seven of eleven samples, the level of residue was above the international maximum residue level of 20 mg/ kg allowed for food and feed products.

“We decided to publish our findings from this pilot project because of the unexpectedly high levels of residue that we found in the soybeans. The dosage of glyphosate applied in these fields is likely to be extremely high. We are worried about negative impact on the environment and the rural communities”, says Christoph Then for Testbiotech

Currently there are only very few publications on the actual load of residues in the harvest of these genetically engineered plants even though they are grown on millions of hectares in North and South America and also imported into the EU. The purpose of this pilot project was to gather more data on residues from spraying with glyphosate.

Over-usage of glyphosate mixtures can have a negative impact on the environment and rural communities. A high level of residues from spraying can also result in health impacts at the food and feed consumption level. Testbiotech recommends close monitoring of herbicide applications in those regions where the herbicide resistant plants are grown. Monitoring should cover residues in soil and water as well as in blood and urine samples from farmers, rural communities and livestock.

Further, residues from spraying in soybean products used as food and feed should be subjected to much tighter control. This is the only way to prevent soybeans that have a level of residue that is too high from being mixed with other soybeans.