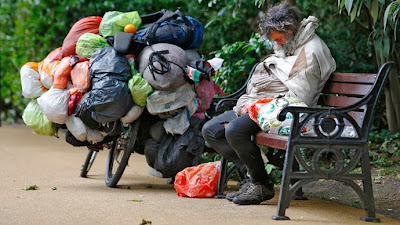 Austerity measures and the economic downturn in the UK have prompted the British branch of the Red Cross to begin formulating an emergency food aid plan for Britain – the first the charity has set up for the country since WWII.


The Geneva-based charity is to start gathering and distributing food with the help of fellow charities and a supermarket chain, allocating donations to Britain’s needy.

The Red Cross is traditionally recognized for its work in disaster-struck regions rather than in developed countries, and the move appears to be a by-product of “indiscriminate cuts in public health and social welfare,” according to Bekele Geleta, the Secretary General of the International Federation of the Red Cross, who spoke to the UK’s Independent.


An announcement on the website stated that “Struggling families and individuals across the UK will benefit from [the partnership].”

Surplus perishable food from supermarkets is to be redistributed to charities, lunch clubs for ageing sectors of the population, and food banks. While FareShare, which is participating in the Red Cross scheme, has been undertaking this action since roughly 2004, it has to now cope with increasing demands from food banks.

“Unbelievably, 3 million tonnes of food are wasted in the UK every year while thousands go hungry. We’re delighted to help FareShare give much-needed support to people in crisis,” said Simon Lewis, Red Cross head of emergency planning and response.

It “should be a wake-up-call to David Cameron over his failure to tackle the cost of living crisis,” Maria Eagle MP, Labour’s Shadow Environment Secretary told the Independent.

The UK poverty director for Oxfam charity Chris Johnes, said that he was “genuinely shocked” that Britain was struggling to feed the poor and that the Red Cross is stepping in. “They don’t do things for reasons of grandstanding at all,” he told The Independent. “The fact that they are doing this... is a very clear signal how serious things have become.”


Related:
30 Percent of The World's Food Supply Is Wasted Every Year
When the banks drive us into poverty, what is the solution?
Up to 146 million risk poverty if EU’s austerity drags on
Poverty may strike 25 million more Europeans