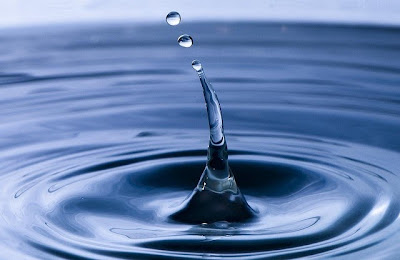 Ever wanted to make an object float? You don't need magic; you just need science.


Researchers have used the power of sound to levitate objects and even move them around in midair. The findings could have huge implications for manufacturing processes, but are also just plain cool.

Researchers have been able to levitate small objects for years, including insects and fish. But this latest effort is a bit different; the levitated items can actually be moved around in midair. Accomplishing this feat, though, wasn't easy. The scientists had to be extremely precise in their use of sound in order to cause the objects to move.

Like other types of waves, sound waves exert pressure when they hit a surface. Usually, the effects of this pressure are too small to notice, according to The Washington Post. If you crank up the intensity of these waves high enough, though, you can create enough pressure to counteract the force of gravity. This, in turn, can make an object float.

You might imagine that the sound would be loud to humans, potentially making the process impractical. But that is, surprisingly, not the case. While the researchers did crank up the intensity to about 160 decibels, which is louder than standing near a rocket launch, they also modified the pitch. Instead of a blasting roar, the sound was instead more like a dog whistle; this caused the researchers to be unaffected by the noise.

In order to actually move objects, the researchers had to employ a different type of technique. They designed tiny transducers that were powerful enough to levitate objects but small enough to be packed closely together. By turning one transducer off while the one next to it slowly turned on, they were able to make objects float and move in midair, according to LiveScience.

"For the first time, you can move matter in a very controllable yet contactless manner," said Dimos Poulikakos of the Swiss Federal Institute of Technology, in an interview with NewScientist.

The new method could have quite a few practical uses--unlike the ability to simply levitate an object in one position. It could allow researchers to mix fluids in instances where contamination is an issue, which could be extremely useful for the pharmaceutical industry.

The findings are published in the journal Proceedings of the National Academy of Sciences.
Want to see the levitation for yourself? Check out the videos below,