NASA Mars Rover to search for Ancient Alien Life in 2020 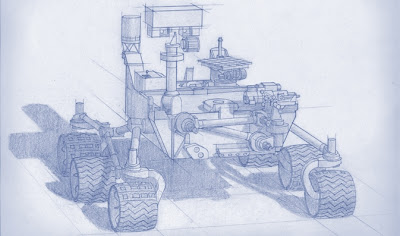 NASA has announced that a new rover will be sent to Mars in 2020 and that it will hunt for signs of past alien life. (Photo : NASA/JPL-Caltech)


The rover NASA will send to Mars in 2020 should look for signs of past life, collect samples for possible future return to Earth, and demonstrate technology for future human exploration of the Red Planet, according to a report provided to the agency.

The 154-page document was prepared by the Mars 2020 Science Definition Team, which NASA appointed in January to outline scientific objectives for the mission. The team, composed of 19 scientists and engineers from universities and research organizations, proposed a mission concept that could accomplish several high-priority planetary science goals and be a major step in meeting President Obama's challenge to send humans to Mars in the 2030s.

"Crafting the science and exploration goals is a crucial milestone in preparing for our next major Mars mission," said John Grunsfeld, NASA's associate administrator for science in Washington. "The objectives determined by NASA with the input from this team will become the basis later this year for soliciting proposals to provide instruments to be part of the science payload on this exciting step in Mars exploration."

NASA will conduct an open competition for the payload and science instruments. They will be placed on a rover similar to Curiosity, which landed on Mars almost a year ago. Using Curiosity's design will help minimize mission costs and risks and deliver a rover that can accomplish the mission objectives. 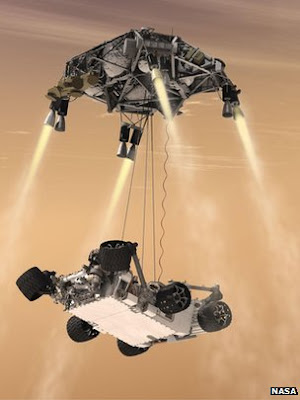 accomplishments of Curiosity and other Mars missions.  The Spirit and Opportunity rovers, along with several orbiters, found evidence Mars has a watery history. Curiosity recently confirmed that past environmental conditions on Mars could have supported living microbes. According to the Science Definition Team, looking for signs of past life is the next logical step.
The team's report details how the rover would use its instruments for visual, mineralogical and chemical analysis down to microscopic scale to understand the environment around its landing site and identify biosignatures, or features in the rocks and soil that could have been formed biologically.

"The Mars 2020 mission concept does not presume that life ever existed on Mars," said Jack Mustard, chairman of the Science Definition Team and a professor at the Geological Sciences at Brown University in Providence, R.I. "However, given the recent Curiosity findings, past Martian life seems possible, and we should begin the difficult endeavor of seeking the signs of life. No matter what we learn, we would make significant progress in understanding the circumstances of early life existing on Earth and the possibilities of extraterrestrial life."

The measurements needed to explore a site on Mars to interpret ancient habitability and the potential for preserved biosignatures are identical to those needed to select and cache samples for future return to Earth. The Science Definition Team is proposing the rover collect and package as many as 31 samples of rock cores and soil for a later mission to bring back for more definitive analysis in laboratories on Earth. The science conducted by the rover's instruments would expand our knowledge of Mars and provide the context needed to make wise decisions about whether to return the samples to Earth.

"The Mars 2020 mission will provide a unique capability to address the major questions of habitability and life in the solar system," said Jim Green, director of NASA's Planetary Science Division in Washington. "This mission represents a major step towards creating high-value sampling and interrogation methods, as part of a broader strategy for sample returns by planetary missions."

Samples collected and analyzed by the rover will help inform future human exploration missions to Mars. The rover could make measurements and technology demonstrations to help designers of a human expedition understand any hazards posed by Martian dust and demonstrate how to collect carbon dioxide, which could be a resource for making oxygen and rocket fuel. Improved precision landing technology that enhances the scientific value of robotic missions also will be critical for eventual human exploration on the surface.