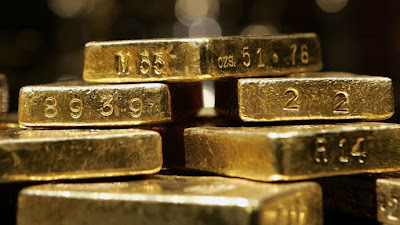 The Bank of England helped the Nazis sell gold looted from Czechoslovakia, a previously unseen document has revealed. It transferred £5.6million of Czech gold on behalf of Germany's Reichsbank after the Nazi invasion in 1939.


The gold was moved from the National Bank of Czechoslovakia's account at the central Bank for International Settlements (BIS) to an account managed on behalf of the Reichsbank, according to a record from the bank's archive. The BIS was set up in 1930 to organize German reparation payments after WW1.

The Nazis invaded Czechoslovakia in September 1938. In March 1939, the BIS, chaired at the time by Bank of England director, German Otto Niemeyer, asked the Bank of England to transfer £5.6m-worth of gold from the Czech national bank account to the one belonging to the Reichsbank. Historians have long believed that Montagu Norman, the Governor of the Bank of England, supported the Nazis until the outbreak of WW2.

"On March 21, 1939, the Chief Cashier received the request to transfer about £5.6m gold from the BIS No.2 Account to their No.17 Account. The bank, although it was no business of theirs, was fairly sure that the No.2 Account was a Czech National Bank Account and they believed, although they were not sure at the time, that No.17 was a Reichsbank. The amount was transferred on the same day and a small further amount on March 22,” the 10-page document, published on the Bank of England’s website explained.
read more