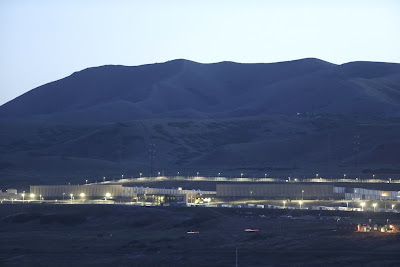 According to an NSA whistle-blower, the agency is routinely collecting the full contents of domestic communications. And its supersized Utah Data Center is up and running.


The National Security Agency’s massive Utah Data Center, designed for communications storage, processing, and decryption, is already up and running, despite agency claims the center won’t open until September. Opening the facility — the largest of its kind in history — is the key final step that will allow the agency to collect and store massive amounts of data on United States citizens. The NSA has numerous other data centers, but the Utah facility will be the central repository, enabling data collection on an unprecedented scale.

And according to Russ Tice, a former NSA intelligence analyst who still maintains close ties with numerous colleagues at the agency, it’s not just metadata — which has been a key distinction in the administration’s defense of its intelligence gathering programs. The agency, according to Tice, is currently able to collect the full contents of digital communications. That includes the contents of emails, text messages, Skype communications, and phone calls, as well as financial information, health records, legal documents, and travel documents. This comports with statements given this week by a former senior intelligence official, claiming that NSA Director Keith Alexander’s ethos was to “collect it all, tag it, store it … And whatever it is you want, you go searching for it.” 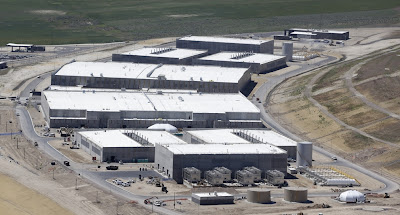 The NSA’s ability to collect and store such vast quantities of information is difficult to grasp. But so is the enormous footprint of the data center in Bluffdale, Utah, 25 miles south of Salt Lake City. The facility, which cost the government $2 billion, covers 1 million square feet, 100,000 of which is purely for computer servers and storage hardware. According to James Bamford’s Wired magazine article published last year, “The Pentagon is attempting to expand its worldwide communications network, known as the Global Information Grid, to handle yottabytes (10^24 bytes) of data. (A yottabyte is a septillion bytes—so large that no one has yet coined a term for the next higher magnitude.)”

One of the key problems that the Utah facility fixes is the sheer amount of electricity needed to run the machines. According to the U.S. Army Corps of Engineers, the facility requires 65 megawatts of electricity a day to run the facility. (By comparison, a single megawatt is enough to power 100 homes.) According to Wired, the facility has its own electrical substation built by Rocky Mountain Power — which, as a side benefit, makes it more difficult to monitor the usage of electricity, which can serve as rough guidance to the center’s computing power and usage. It is also highly energy efficient, built to meet LEED Silver certification.

The Utah Data Center, located on an Army National Guard base, also has its own water treatment facilities (it will use an estimated 1,210 gallons of water per minute, mostly for cooling), chiller plant, vehicle inspection facility, visitor control center, backup generators, and, of course, serious security with its own police force and perimeter security.
“Not all of the computers that are slated to be installed in the facility are there, and many more that are on site are not up and running yet,” Tice explains. “But enough capability exists right now to handle the collection that is needed right now.”

An NSA spokesperson located in Utah denies that the facility is operational, saying, “The exterior has been built, but the IT infrastructure is still being added.”
“The government is doing an awful lot of lying,” Tice says. “They are seeing what Snowden is throwing [out there] and are going back to the last line of defense in order to thwart it.”
Tice, who worked in government intelligence for two decades, became the prototypical NSA communications whistle-blower, leaking information about the NSA’s illegal wiretapping of United States citizens to the New York Times in 2005. He tried to go to the House Intelligence Committee but was told not to by the NSA. In 2006, he publicly testified before Congress.

In 2009, after George W. Bush left office, Tice came forward with more information that the NSA had access to the phone calls and computer communications of tens of thousands of Americans, including journalists; he revealed that it wasn’t just phone taps but credit card information and other financial records.

At that time the scope of the data collection was narrower, explains Tice. “The NSA didn’t have the processing, electricity, or storage capabilities,” he says. “That is Utah. The NSA dealt with its problems and now has the capabilities.”
Snowden’s revelations provided hard evidence supporting what Tice has been saying for years. It also emboldened Tice to come forward with more information based upon his firsthand experience at the NSA as well as information given to him last May by inside sources, including a high-level employee.

“I kept saying [in 2006 and 2009]: It is so much worse, but I can’t explain why right now,” Tice says. “Well, what I’m telling you right now, this is the rest of the story.”
While Tice was still at the NSA, he was able to see the identities of numerous targets of surveillance, which included high-level United States government officials. In the evenings, NSA analysts would be given handwritten notes on yellow legal-pad paper listing contact information for targets, including then-Senate hopeful Barack Obama, Supreme Court Justice Samuel Alito, former CIA Director David Petraeus, former Secretary of State Hillary Clinton, Republican Sen. John McCain, and Democratic Sen. Diane Feinstein. Other targets include multiple three-star generals and admirals, lawyers, and members of the Senate and the House, including members of the intelligence committees and the armed services committees.

According to Tice, the NSA’s next practical challenge is to decode data it collects that has been protected by encryption. The computing power available in a fully operational Utah data center could be used to break such encryption. With sizable supercomputing resources and extremely large sets of data, the agency would be able to look for patterns at a staggering rate. The NSA has already made a huge breakthrough in its ability to crack encryption standards used by international governments and domestic citizens, according to Wired’s NSA top official source.

For now, though, collection is the name of the game.
“It is cheaper and more efficient to just collect and keep a torrent of information in the big bank and then go back and look at it later,” says Tice. “They are waiting for the processing capability to catch up and then [they’ll be able to] cull out the information. ”
Tice says others at the NSA want to come forward but fear retaliation and punishment. “The seasoned people are highly upset at what is going on,” Tice says. “We are taught that you don’t spy on Americans. It was against NSA policy, regulations, and a violation of the Constitution.”


Related:
Newly Released NSA slides Explain Mechanics of US Surveillance
How to Keep the NSA at Bay: The Tricks From Privacy Experts
Every picture you take is secretly encoded with your GPS location
French President Hollande Gives Obama An Ultimatum