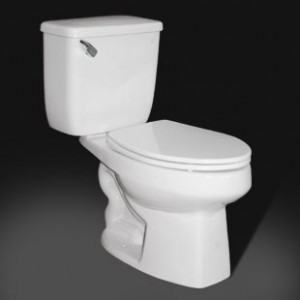 In an age of "belt tightening" and "budget cuts", you would think that government officials would be trying to spend our money wisely.


Unfortunately, when it comes time to cut spending our politicians tend to do everything that they can to protect their own interests and their own pet projects, but they don't seem to mind implementing cuts that deeply hurt military families, the poor and the elderly.  The facts that you are about to read will likely upset you very much.  The federal government and our state governments are wasting money in some of the most ridiculous ways imaginable.  Meanwhile, we are being told that we don't have any money for a lot of really important things.  Our hard-earned tax dollars are being horribly mismanaged, and the American people deserve to hear the truth about this gross negligence.

Now before I go any further, I want to make it very clear that I believe that the federal government and our state governments are already taking in more than enough money.  They should be able to do everything that they need to do on the money that they are already extracting from all of us.  And if we had been living within our means all this time, we would not be drowning in debt as a nation today.

Unfortunately, our politicians did choose to go into tremendous amounts of debt, and the American people did not stop them.  So now we are rapidly heading toward a debt crisis unlike anything the world has ever seen before.

And our politicians should be reducing spending.  There is no question about that.  But what this article is about is priorities, and right now our politicians really seem to have their priorities messed up.  What follows are some examples of this...

The city of Detroit says that it is totally broke and has no money for pensions...

...but somehow the city has 444 million dollars to spend on a new hockey arena for the Detroit Red Wings.

Large numbers of federal employees have been hit with mandatory furloughs in 2013 due to the sequester...

...but somehow the federal government is able to spend tens of millions of dollars to fill our skies with surveillance drones.

The U.S. government is so broke that it has had to borrow more than a trillion dollars from China...

...but somehow we have plenty of money to help  "modernize China’s energy grid".

It is being projected that federal budget cuts will cost the U.S. economy 1.6 million jobs through the end of 2014...

...but somehow the federal government has plenty of money to provide many former members of Congress with six-figure annual incomes for life...
read more