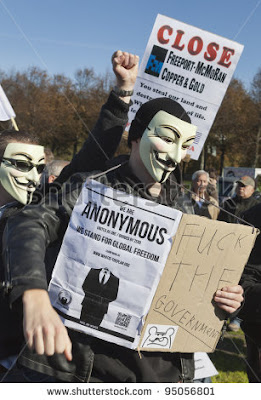 This operation will focus on the Dutch Government. In the video there is also told that they are planning to activists from around the world to Netherlands.

Sign up, join the fight against the Government, this is NOT a demonstration, this goes on, we'll take an example in the occupation of Istanbul's Taksim Square.

We occupy a square in the Hague go, and there continue to be a party, camping, a party where the Government wake up by lies down.

Meanwhile, someone is offered to the music to take care of, there comes a kind of drive-in. All top!!
The purpose of this event is that there is going to be listened to us, we are engaged in to a list of points where the Government will have to do. Our spokesperson will the conversation to have to go with the Government.
I am convinced that if this is going to be on a massive scale that the Government should come up with something, as this can if not longer.

Ask anyone you know with it, we need everyone.

A number of important points of view of what we want is going to be adjusted:

1. tax reduction instead of increase, so the burden relieve for the citizens who suffer the crisis caused by bad policy of banks and politicians.

2. withdrawal from the European Parliament. The EU is a money devouring machine, in which the money disappears into the pockets of MEPs and bankers who have caused the crisis. The money is intended to help southern European countries from the crisis does not come in to the citizens of those countries, but finds herself at the corrupt bankers and politicians.
See here where your tax money goes: http://www.youtube.com/watch? v = iK8ue7-Shpc

3. all the cuts that are going to be announced yet for 2014 that the already heavily loaded to be cancelled again take citizens serve.

4. multinational companies in Netherlands tax dodging. Multinationals pay likewise hardly taxes in our country. By mailbox companies in Netherlands to settle pay them 1.9% tax on their profits made outside America, while they are in their native country have to pay 35% of tax.
See here the source from which this is taken off: episodes http://tegenlicht.vpro.nl//2012-2013/tax-free-tour. html

6. bonuses for ' top ' directors should be abandoned. In recent years millions of bankers got home, while the staff was fired.
See here the video of always what bookmark: http://www.youtube.com/watch? v = zG_zXwoZNuQ

These are not the only 7 points where we are fighting for, know you have any good points of view? Please let us know.

Just for clarity. We have enough people in the Organization to make this a great success, and we appreciate all the help we get offered but at this point we can only use for further help the promotion of this event. And what we still can use is a central/mobile kitchen, coffee facilities, Dixy's and Wi-Fi, large sleeping tents, voedselsponsers, water supply, that sort of thing. and maybe there are people who have a coach to people from certain points in Netherlands to pick up.

So if anyone can help with that we hear the likes.

Related:
Amnesty International calls for Urgent Action against abuses of peacefull protestors in Turkey [updated]
Why are Americans (and some others) so Passive?
People power: Сhina shelves plans for $6bn nuclear plant after wave of protest
Uprisings worldwide
Greece: Thousands gather in an anti-government protest following suspension of State TV and Radio, “ERT”
57 people arrested in London as police clash with G8 protesters
Dozens arrested in Turkey over protest tweets, accused of 'inciting hatred'