When the Odds Seem Overwhelming – Deconstructing the Great Normal 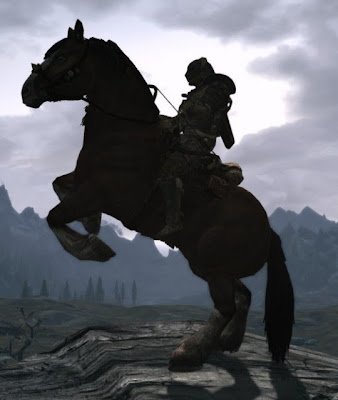 The awakening process has its deeply cathartic moments. That is inevitable. It’s a bumpy road.


As we gain insight into the grand deceptions of the matrix, so the direction of our own lives is thrown into greater relief. The choices become more stark. There’s no longer any compromising middle ground left to stand on.

The harder we’re hit, the deeper we have to go to find an answer to the seemingly overpowering state of affairs that manifests itself all around us.

On some days, it seems there’s nowhere left to turn. No light can be found to relieve the pain. No thought succeeds in lifting the weight of darkness.  These are times of trial for those human beings who pit themselves against the torpor of mass serfdom to demand the manifestation of something   so much better. Something called Life.

I have felt the force of this madness – more than once. Many have. Our sun seems trapped in the underworld of a long parched night. Our soul transfixed to the dark side of the moon. Nothing appears to be moving to free us from this cavernous eclipse.

‘Crisis’ must eventually stand at the door of all those driven by the desire to manifest a greater destiny, yet are still caught in the web of the deceiving matrix. One foot in truth and one in illusion. If neither is lifted the soul is rent in two. Yet, in many ways, this destruction can be our salvation; our last chance saloon.

During human crisis the dice is rolled according to another hand; our old familiar control mechanisms are paralysed and gone  – barring the ancient survival instincts. Yet even then – this crisis remains our greatest hope. Perhaps the only tool left to wrench us out of ‘the great normal’ and put us on a track that leads to the other side of the abyss – to our real selves – the real world – the extraordinary.

So it is with society today, where the rules of the game are tightly fixed on the criminal code of a deadly status quo and the players thoroughly infected with sterile normality syndrome. Only a crisis can break the chains. Yet, oh how the confrontation is resisted! Oh how the voice and fire of cleansing love is so readily repressed and hidden behind a barrage of petty  indulgences.

The forces of darkness behind the matrix master plan have laid their plans well. There is always Prozac to help resist when the unsettling demands of truth get too insistent. It’s a Prozac World today. The ‘great normal’ is easy to maintain with the help of Big Pharma .. and the bottle. So while they remain the greatest sellers the crisis can’t even get a look-in. It’s beta-blocked out of existence.

The matrix masters know this only too well. It’s their work. They act against the cleansing fire of crisis. They work against allowing even a chink of light to manifest itself. It’s for this reason that forces are marshalled against Countries like Greece, Cyprus, Ireland and Portugal dumping the Euro and quitting the Eurozone. The paymasters don’t want to lose control over the payers. Insiders are put in place to douse any impending fire. Mind control is employed to slip the dumbing down message into the unwary neocortex.

Then, as we know, the big banks ‘aren’t allowed to fail’ – at least not as long as we the taxpayers remain so willing to bail them out and keep the bosses’ bonuses in permanent uplift.

Wars are not allowed to end. Their perpetuity is in the interests of keeping the fear button pressed firmly down and thereby ‘the great normal’ held in place. You see, we are supposed to accept all these dark debased acts as ‘normal’. Most do. That is the great secret weapon of the control system.

Certain ‘deviations’ are allowed of course. We can get our kicks from a thousand tricks – and our energy sapped by a thousand acts. But that, as Orwell and Huxley knew so well, is all part of the medicine prescribed to ensure that rebellion remains tethered to the spot and ends up devouring its own tail.

We need to break this mould – now. That is the job of light workers. We are the one’s whose task is to pierce the veil – and announce beauty and abundance beyond. It is we who are to beat the path to that place. Not just ‘our’ path – but a path that opens the way for other travellers to journey with us. And we need not cower at the road blocks set to halt our march. Each one is a test of our courage and determination. Each one overcome adds a greater depth of strength to our quest. That strength is needed now – more than ever. For it is our lot to stand in defense of the innocent who are caught up in the chaos, not just in defense of our own needs. Spiritual maturity dictates that we participate in  this service to humanity.

And if it takes a crisis in our lives to get started – then so be it – there is no avoiding a rite of passage if one is fully determined to tread the road of truth. I have good reason to believe that dark nights of the soul bring forth shining knights of the heart!

So jump to it! Now is the time to mount our steeds! Let our horses galloping hooves scatter the criminal cowards of the great normal! Don’t delay for fear of your life. The only death we truly should fear is the sterilization of the God in the Human – for that is the goal of the purveyors of darkness. Let us pass through the darkness and emerge out on the other side – transformed and ready to take-on whatever the death purveyors can throw at us.


Related:
How to solve your deepest personal problems
You are in heaven
Understanding Multiple Dimensions From Our Third Dimensional Perspective
The power of prayer