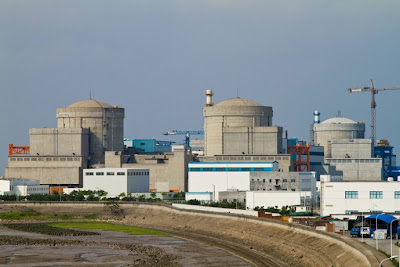 
The Chinese government says it will ‘respect public opinion’ and scrap a planned $6 billion nuclear processing plant in the southern province of Guandong after hundreds of protesters took to the streets to voice opposition to the project.


A statement released by the Chinese authorities reads, “The people’s government of the City of Heshan has decided to respect public opinion and will not consider the China National Nuclear Corporation (CNNC’s) Longwan industrial park project.”

The proposed nuclear complex was meant to have been a uranium processing facility, but the plans caused considerable unease in the neighboring financial district of Hong Kong and in nearby Macau, as well as among local residents. The project was designed to produce 1,000 tonnes of nuclear fuel by 2020.

The South China Morning Post, a Hong Kong-based English language newspaper, reported that the authorities in Macau had formally raised the issue with officials in Guandong.

Saturday’s announcement came after hundreds of protesters paraded through the streets of Jiangmen on Friday holding banners and wearing phrases opposing the project and chanting slogans like “give us back our rural homes. We are against nuclear radiation.”

The protest sprang up after a risk evaluation report, which was released on July 4 with a 10-day public comments period. Observers say those reports are only usually released as a formality once permission to begin construction has already been granted.

More protests in Guandong had been expected on Sunday, while the original 10-day public consultation period was only extended on Saturday after demonstrators had marched to the city offices. Soon after its extension, officials said the project was scrapped.

A Beijing nuclear expert, who did not wish to give his name as he is not authorized to speak to the press, told the Independent that he was surprised the project had been canceled.

“Compared to a nuclear power plant, a uranium processing facility is way safer, as there is no fusion or reaction taking place in the production process.”

The sudden dropping of the project reflects a change in Chinese government policy on environmental issues. The authorities have recently canceled, postponed or relocated several metal and petrochemical plants following strong public opposition.

There have been a number of reports in the Chinese and international media about the extent of pollution from Chinese rapid economic growth, including ‘cancer towns’, which are blighted by heavy metals polluting the ground water, rivers and top soil.

China is expanding its nuclear capacity from 12.6 GW at present to 60-70 GW by the end of the decade.

Guandong is already one of the country’s largest centers of nuclear power generation. It operates five nuclear reactors and plans to build another dozen. The CNNC plans are part of a concerted national effort to reduce China’s dependence on coal and boost the use of other forms of cleaner energy production.