60 billion exoplanets in our galaxy 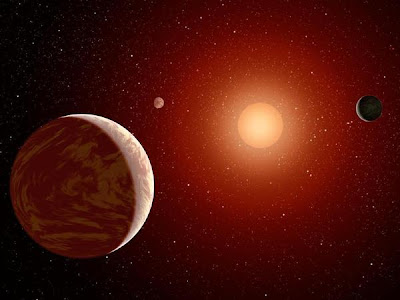 Looking for life beyond Earth? You now have twice as many planets to explore.


According to a study published in Astrophysical Journal Letters, there may be as many as 60 billion exoplanets in our galaxy alone in the so-called habitable zone around their stars - double what was previously thought.

Why the jump? Because a team of scientists from the University of Chicago and Northwestern University has created a 3-D model of how clouds would affect temperatures on alien worlds.

To be in a habitable zone, a planet needs to be just the right distance from its star so that liquid water (considered a requisite for life as we know it)  can exist on the planet's surface.

For decades, scientists have determined whether a planet is in this liquid-water-friendly Goldilocks zone by calculating how far the planet is from its star, and how hot the star is burning. 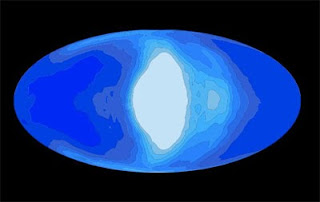 But in the new study, astronomers at the University of Chicago show how cloud patterns can alter the temperature of a planet enough that planets that were previously considered too close to their stars to support liquid water might be able to support it after all.


Using a 3-D climate model originally created to forecast global warming on Earth, the scientists were able to model cloud patterns on planets that orbit red dwarf stars, the most common star in our galaxy.

Red dwarf stars are less massive and cooler than our sun, and planets have to get pretty close to them in order to get enough heat to keep liquid water from freezing on their surface. Because the planets are so close to the star, they eventually get tidally locked with  it, meaning the same side of the planet is always facing the star.

According to the researchers' models, thick, giant clouds develop over the part of the planet that directly faces the star, reflecting light and heat back at the star and keeping the planet from getting too warm.

Dorian Abbot, an associate professor of geophysical sciences at the University of Chicago and one of the study's authors, said his team's findings could easily be tested using the James Webb Space Telescope, which will go into orbit in 2018.