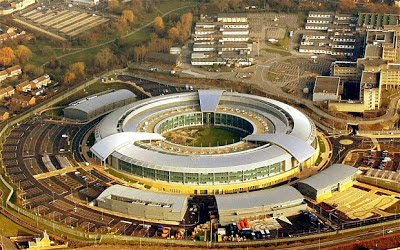 Britain's intelligence agencies will emerge as the biggest winners from the Government’s review of public spending, The Telegraph can disclose.


MI6, MI5 and Government Communications Headquarters (GCHQ) will see an inflation-busting increase in their combined £1.9 billion budget, underlining the Government’s concern over the growing terrorist threat following the Woolwich attack.
Police spending on counter-terrorism will also be protected and will rise in line with inflation.
The percentage increase in the budgets of the intelligence agencies – at more than three per cent in addition to inflation – will be the largest of any item of government spending including the NHS, schools and international development.

It will lead to the agencies receiving about another £100 million in funding annually from 2015.
Local councils are also expected to emerge as winners with increased funding for elderly social care. Money from the ring-fenced NHS budget is expected to be diverted to help fund care homes and home visits for frail pensioners.

George Osborne will on Wednesday unveil the Government’s spending plans for the 2015-16 financial year following months of Whitehall wrangling.
The Spending Review, which will cut a further £11.5 billion in public expenditure, is regarded as especially sensitive as the cuts will be implemented just weeks before the next general election.
The biggest losers will include the Business department, the Culture department, the Home Office and the Justice department, which are expected to each lose about eight per cent from their budgets.
The Ministry of Defence will see its budget cut by about £1 billion, although this will not involve further reductions in front-line troops.

Mr Osborne is also expected to set out plans for long-term caps on welfare spending and other areas of government expenditure which are not tightly controlled.
The Chancellor will detail proposals to divert the money saved from Whitehall spending to fund long-term infrastructure projects such as widening major roads.
He is expected to say: “Britain is moving from rescue to recovery. But while the British economy is leaving intensive care, now we need to secure that recovery.
“We’re saving money on welfare and waste to invest in the roads and railways, schooling and science our economy needs to succeed in the future.”

The intelligence agencies have recently faced criticism that they are struggling to deal with emerging threats, amid suggestions that MI5 and MI6 could have done more to prevent the murder of Drummer Lee Rigby in Woolwich. One of the suspects had attempted to travel to Somalia and both were known to the intelligence services.

GCHQ’s activities have also come under scrutiny following accusations that it may be abusing its power in secretive projects with the United States to monitor internet traffic.
The Chancellor is understood to have contacted the heads of the three agencies last Friday to inform them of their spending increases. MI5, MI6 and GCHQ have seen their budgets fall in real terms by more than 10 per cent since 2010 and there were fears that they would face a further round of cuts.

A Whitehall source said: “This has been one of George’s personal priorities. It is vitally important we look after these budgets and they were settled last week with agreement at the very highest level.”

Mr Osborne and the Prime Minister are understood to believe the agencies need more resources to tackle the growing terrorist threat from sub-Saharan Africa and Syria, and the rising problem posed by cyber terrorism.
In the wake of the GCHQ snooping row, William Hague, the Foreign Secretary, praised the agencies’ work and cooperation with US counterparts.

Speaking in America, he said “we should have nothing but pride” in the “intelligence-sharing relationship between Britain and the United States”. He added that both countries’ intelligence work operated “under the rule of law” and “only exists to protect” people’s freedoms.
Mr Osborne confirmed on Tuesday that the NHS and schools budgets would continue to rise.
Money is also expected to be diverted from the health budget to local authorities to fund social care. Norman Lamb, a health minister, recently warned of an impending crisis in social care as councils struggled to fund enough places for ailing pensioners.

Last week, council leaders warned Mr Osborne that street lights may have to be switched off and libraries closed unless NHS funding was diverted to help pay for elderly care.
They said the amount of money spent on social care has been cut by a fifth in less than three years and they were preparing to reduce budgets further.
Mr Osborne agreed for £2 billion to be transferred from the NHS to the social care sector in his previous Spending Review, but councils said much of the money has gone on propping up the system because of the ageing population.

Ministers are also expected to set out the entitlement criteria for state help. The Government has pledged to cap the maximum bill that anyone faces for social care at £72,000 from 2016, and the details of how this will work are to be announced this week.

Earl Howe, a health minister, was asked about the growing problem in social care, with hospitals often forced not to discharge elderly patients who are infirm but not ill because they have nowhere to go. He said there would be “more news” about increased funding for social care on Wednesday and sources confirmed that the social care budget would rise after several years of cuts.

Danny Alexander, the Chief Secretary to the Treasury, also hinted that the Government may speed up the introduction of its community budgets programme, which is designed to make public sector services share operations.
He urged MPs to “listen carefully” to the Chancellor’s statement for more news after being asked about the programme’s national implementation.

Email ThisBlogThis!Share to TwitterShare to FacebookShare to Pinterest
Labels: GCHQ