Civil Disobedience: The Right of Revolution 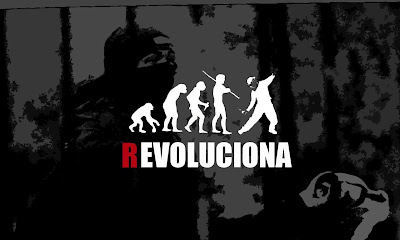 Henry David Thoreau’s essay “On the Duty of Civil Disobedience” written in 1849 is as relevant to the times now as it was then.


We have a right to stand up and question any institution or individual that claims authority over us, just as he did then. In fact, it is our duty as citizens to do so. Thoreau decided that he could not be associated with the government of his day without disgrace. How about our government today? Can we associate with it without disgrace?

I can hear his words echoing in my mind: “It is not desirable to cultivate a respect for the law, so much as for the right” (Thoreau, 1849). Our government enacts laws that intend to subjugate and enslave. We are hit from all sides with programs that invade our privacy, take away our rights as free citizens, and make chattel of us. Our government is out of control, and its laws do not stand for what is right. Therefore, it is our duty as citizens to question its authority. It is our duty as citizens to revolt. Thoreau states:

So how do we go about this revolution? Thoreau makes it clear that

"It is not a man’s duty, as a matter of course, to devote himself to the eradication of any, even the most enormous wrong…but it is his duty, at least, to wash his hands of it, and if he gives it no thought longer, not to give it practically his support" (Thoreau, 1849).

We can resist in many ways, but the most effective method of resistance is to not support what we know to be wrong. We must live so that we are a counter friction, not supporting the wrongs that we condemn (Thoreau, 1849). If we deem it wrong to go to war over oil, we should not support anyone who supports that war, and make our next vehicle purchase one that uses the least amount of gas and oil as possible. We can withdraw monetary support for a bloated, oppressive government by not supporting the income tax system. We can stop supporting the unsafe import system by reading labels for the country of origin and refusing to purchase items that place us at risk. If we are tired of the restrictions on free speech, we should shout as loudly as we can that the First Amendment to the Constitution has not been rescinded, and refuse to listen to the media talking heads who do nothing but spout government-sponsored propaganda. By withdrawing our support for the things we know to be wrong, we can make a difference. Some who take the road of resistance will be imprisoned, but take solace from the following:

“Under a government, which imprisons any unjustly, the true place for a just man is also a prison” (Thoreau, 1849).

As Dylan Thomas so aptly put it: “Do not go gentle into that goodnight…rage, rage against the dying of the light.” May we find the strength to rage against the dying of the light of our nation while our republic gasps its last breath. May we, as individuals, find the courage to stand up to the powers that be and make the right choices. It starts with one person, and one choice. Do not abrogate your responsibility and sit on the fence of compromise. Decide to do what is right today.

Barbara Peterson is the author of the critical blog, Farm Wars, where this article originally appeared.

IMO, the best thing we can do is to bow out of anything that promotes or supports the government and/or corporate tyranny we are now experiencing. Here are some suggestions:
1. Don’t buy anything GMO, which would include nearly everything that comes in a box or bag. Do your research. Cook simply and from scratch. Ask questions at farmers markets, e.g., is your produce GMO? Where do you get your seeds? Here’s a list of 400 non-GMO companies: http://www.realfarmacy.com/400-companies-no-gmos/
2. Shut off your cable or satellite service. Everything on TV is controlled propaganda, brainwashing, violence or soft porn.
3. Close any accounts in mega-banks; don’t do business with these too-big-to-fail criminal banksters.
4. Get out of debt ASAP. Do not take student loans; there are no jobs, and you can’t dismiss this debt through bankruptcy. 5. Barter goods and services in your local community whenever possible.
6. If you normally get a tax refund, it amounts to an interest-free loan to the government. File an amended W-4 and make sure you’re not overpaying your unconstitutional income-tax.
7. Write letters to the editors of your local newspapers complaining about the toxins and poisons being added to our food and water without our consent. Also send articles like Farm Wars to your local radio stations.