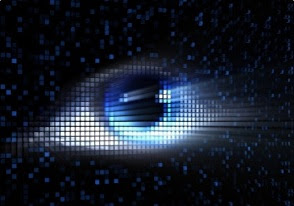 
More than 100 organizations from across the globe – including Privacy International, Access, and the Electronic Frontier Foundation (EFF) – are taking a stand against unchecked communications surveillance, calling for the governments around the world to follow international human rights law and curtail pervasive spying.

The coalition of groups have all signed the International Principles on the Application of Human Rights to Communication Surveillance – 13 basic principles that spell out how existing human rights law applies to modern digital surveillance. Written in response to the increasing number of government surveillance standards that focus on law enforcement and "national security" priorities instead of citizens' rights, the principles include advice on how surveillance laws should respect the law, due process, and include public oversight and transparency.

Current debates over government surveillance are often limited by outmoded definitions of content versus metadata, or stored data versus data in transit. The principles released today concentrate on the core issue: how human rights protect all information that reveals private information about an individual's communications.

"It's time to restore human rights to their place at the very heart of the surveillance debate," said EFF International Director Danny O'Brien. "Widespread government spying on communications interferes with citizens' ability to enjoy a private life, and to freely express themselves – basic rights we all have.

But the mass metadata collected in the U.S. surveillance program, for example, makes it extraordinarily easy for the government to track what groups we associate with and why we might contact them. These principles announced today represent a global consensus that modern surveillance has gone too far and must be restrained."

The organizations signing the principles come from more than 40 different countries. The principles will be used to advocate for a change in how present laws are interpreted, and new laws are crafted. read more