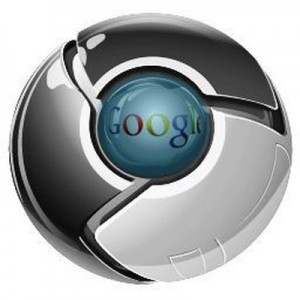 According to TechNewsDaily, last week Google implemented a new update to its Chrome browser.

The update has a new feature called WebRTC (real time communication). This new standardized feature allows for websites and applications to use your system’s camera and microphone.

If you think your privacy is safe with Google- think again. According to Rep. Ed Markey, D-Mass., who is co-chairman of the Congressional Privacy Caucus, “The new Google privacy policy is: You have no privacy.” Combine this with Google recently handing over more than 11,000 individuals’ personal information to the government, and you can probably see how this new standard feature could become a go to tool for those seeking to see and hear you without you knowing.

Previous to the new update, apps and websites had to use a browser plug-in for audio and visual correspondence with a user. A user could easily disable, or choose not to install one of these plug-ins if they so happen to be concerned. However, users who try and disable the feature on Chrome will not be allowed to do so.  Furthermore, you cannot refuse the automatic update either, unless you have the know-how to turn off automatic updates on chrome. Chrome does require websites and apps to “ask for permission” to use the feature. However, anyone with even limited computer technology can bypass this in moments. read more 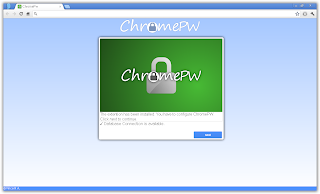 Google's Chrome browser has an massive flaw that gives users easy access to see "saved" passwords on the web.

Here's how it works. If you use Chrome, go to chrome://settings/passwords
You see this: 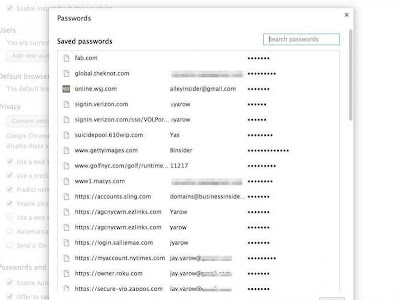 Hover over one of the passwords: 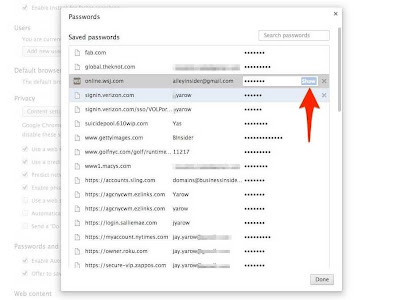 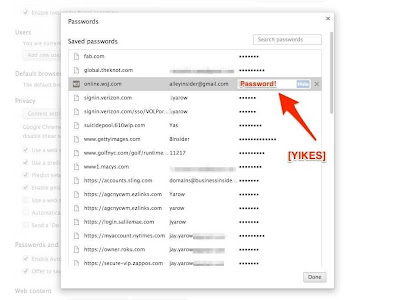 This only happens on passwords that you have told Chrome to save. If you say "deny" when given a chance to save passwords, then nobody can see them.

This was originally discovered by Elliott Kember, read more