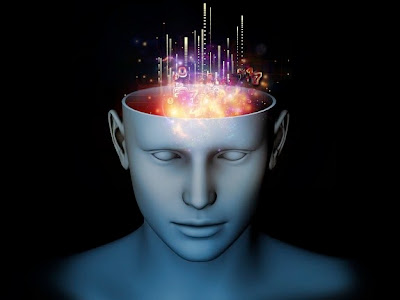 Consciousness isn't easy to define, but we know it when we experience it.


It's not so simple to decide when someone else is conscious, however, as doctors must sometimes do with patients who have suffered traumatic brain injury. Now, researchers have come up with an approach that uses the brain's response to magnetic stimulation to judge a person's awareness, reducing it to a numerical score they call an index of consciousness, reports Science AAAS.

The metric relies on the idea that consciousness involves widespread communication between different areas of the brain, with each region performing specialized functions. Loss of consciousness during sleep or anaesthesia, or from brain injury, may be caused by the disengagement of brain regions from one another.

Neurophysiologist Marcello Massimini of the University of Milan in Italy and his colleagues, who carried out the latest research, have found that electromagnetic stimulation of conscious people's brains sets off a cascade of activity and generates unique responses in different brain regions. In unconscious people, however, the activity either fails to spread, or there is little variation in the responses from different brain areas, informs Scientific American.

Researchers tested the technique on 52 patients in various stages of sleep or with different levels of brain damage. Patients' consciousness was rated on a scale of zero to one. Fully awake patients in the study had a PCI (Perturbational Complexity Index) of 0.6 or higher, patients in a dreaming (light) sleep had a PCI of about 0.4 and patients in a deep sleep had a PCI of about 0.2. Those who were anesthetized had PCIs as low as 0.12, which means they were in a deep state of unconsciousness, according to Headlines&Global News.