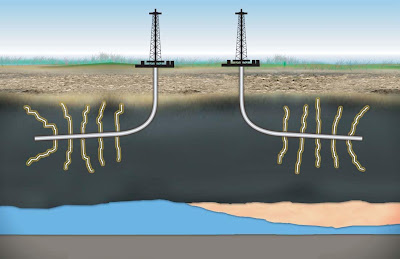 Fracking is a process to unlock vast reserves of shale gas by pumping toxic chemicals in the ground.


In fracking, large volumes of water and sand, along with chemical additives, are injected under high pressure into a well bore to create small cracks (fissures) in hard shale formations that allow the gas to flow to the surface. 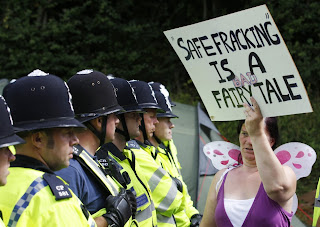 Concerned citizens in the UK protested on thursday, july the 25th 2013 against fracking and the pollution of their environment.

Recent  scientific evidence proofs that their concerns about health issues are very reasonable.

"At least some of the homeowners who claim that their wells were contaminated by shale-gas extraction appear to be right," Robert Jackson, lead author of the study, said in a statement.

Another report, this time by the US National Institute of Occupational Safety and Health which shows there is strong evidence linking fracking sites with lung cancer.

A study by the National Institute of Occupational Safety and Health (NIOSH) found that workers at 11 hydraulic fracturing sites in five states were exposed to high levels of crystalline silica dust.


Normally, the sand used for fracking is silica. Small particles of the mineral can enter people's lungs as respirable crystalline silica and causes silicosis, a disease that inflames and scars lungs, making it difficult to breath. Exposure to silica was also believed to cause lung cancer. 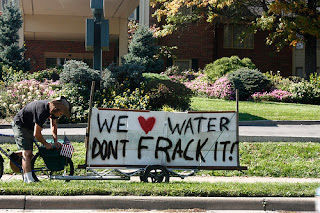 
Concentrations were above the permissible exposure limit recommended by NIOSH.

Related:
Fracktivists: At least 15 arrests at anti-fracking rally outside London