Scientists Reveal Human Brains are Hardwired for Empathy and Friendship 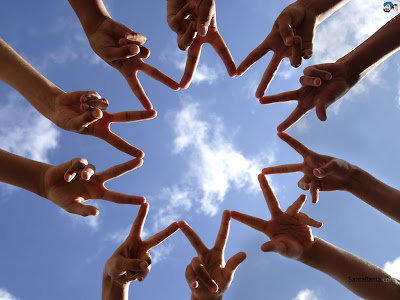 Are we hardwired for friendship? We just may be. One of the most defining features of humanity is our empathy and now, scientists have discovered why we may be hardwired to empathize.


In order to study our capacity for friendship and empathy, researchers examined 22 adult participants who underwent fMRI scans of their brains during experiments to monitor brain activity. During the scans, the volunteers were under threat of either receiving mild electrical shocks to themselves or to a friend or stranger.

"With familiarity, other people become part of ourselves," said James Coan, one of the researchers, in a news release. "Our self comes to include the people we feel close to."

The researchers found that regions of the brain responsible for threat response, such as the anterior insula, putamen and supramarginal gyrus, became active under threat of shock to the self. In the case of shock to a stranger, though, the brain showed little activity in those regions. Yet when the treat was transferred to a friend, the activity became almost identical to the activity displayed under threat to the self.

"The correlation between self and friend was remarkably similar," said Coan in a news release. "The finding shows the brain's remarkable capacity to model self to others; that people close to us become part of ourselves, and that is not just metaphor or poetry, it's very real. Literally we are under threat when a friend is under threat. But not so when a stranger is under threat."

The researchers have a theory as to why humans tend to exhibit this response, as well. People need to have friends and allies who they can side with and see as being the same as themselves. As people spend more time together, they also become more similar. In addition, this particular behavior has an evolutionary basis.

"A threat to ourselves is a threat to our resources," said Coan. "Threats can take things away from us. But when we develop friendships, people we can trust and rely on who in essence become we, then our resources are expanded, we gain. Your goal becomes my goal. It's part of our survivability."

The findings are published in the journal Social Cognitive and Affective Neuroscience.