Jacque Fresco of The Venus Project 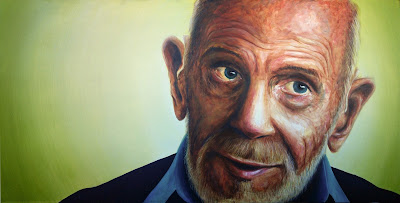 Jacque﻿ Fresco is like the leonardo da vinci of are time .


I have watched his interview on the larry king show in 1974 Everything he talked about in that interview is in production now .I've been following this man for quite a few years now and some may disagree with him but he has the right ideas. No one can argue that. He visions a world where machines do 99.9% of the work and we can do as we please.

We feel like drawing,﻿ swimming, tennis, poetry , sports, what ever as we were meant to be. And no more monetary MONEY to corrupt.. The only thing holding this technology up is an adequate power plant... these psychopaths and sociopaths who join the military industrial complex don't have common sense...