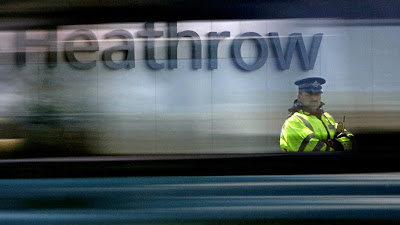 The partner of journalist Glenn Greenwald was held at Heathrow airport under the UK Terrorism Act for the maximum time allowed before pressing charges.

David Miranda was passing through London en route from Berlin to Rio de Janeiro, where he lives with Greenwald - the Guardian journalist who in a series of articles helped Edward Snowden to reveal the scale of the National Security Agency’s mass surveillance programs.

Miranda was detained for questioning by security officers at Heathrow around 8am local time, under Schedule 7 of the Terrorism Act 2000. Officials held him for almost nine hours without pressing any charges, which is the maximum amount of time that a person is allowed to be held under the controversial law.

Officers released him after confiscating all of his electronic equipment. According to the Guardian, officers confiscated Miranda’s mobile phone, laptop, camera, memory sticks, DVDs, and even his gaming console.  read more