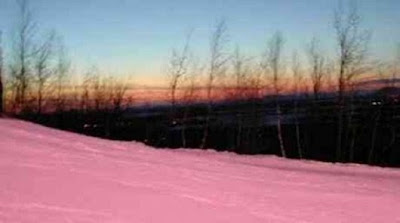 Summer is not yet over, but this does not prevent strange snow for showing up in some parts of the world.


Residents in Karaghanda, Kazakhstan witnessed extraordinary snowfall on August 13. Snow falling from the sky was pink!

Meteorologists predicted rainfall on that day, but snow fell instead. According to weather experts this is a normal and natural phenomenon that cannot always be predicted, just like a tornado or storm.

Extreme weather conditions have surprised us before. We have seen on a couple of occasions how lakes and seas have suddenly turned red.

In August, 2012 a lake in Southern France unexpectedly changed color. The charming Camargue, France is a river delta where the Rhône meets the sea

This region is home to a number of salt flats and this concentration of salt sometimes stain the red the regions normally blue water.

July, 2012 scientists and citizens were stunned to see how the Azov Sea suddenly turned red. 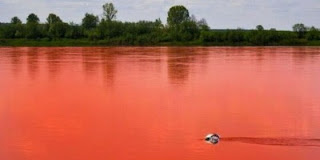 The officials have been trying to calm down people, explaining that although this does not happen often it is a natural phenomenon that does sometimes occur.

Azov Sea, or Sea of Azov as it is often called is situated off the southern shores of Ukraine and Russia.

In September, 2012  The Yangtze river in China turned red. 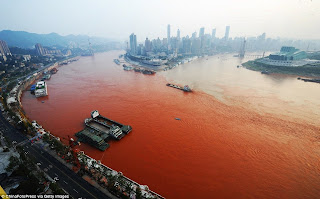 It is the last thing the residents of Chongqing would have expected to see.
But the Yangtze river, which runs through the city in south-western China, turned a bright shade of orange-red  September 2012.

The waterway where the Yangtze met the Jialin River provided a fascinating contrast as the red started to filter into the other river.


Though not for first time in the state, red rain in parts of Kannur on Thursday did create some panic and curiosity among the residents in the district. The strange phenomenon happened around 6:50am and lasted for 15 minutes. People in the 1km area in and around Edachery in Puzhati panchayat panicked as their courtyards turned blood red after rain.

When residents of some places in the district of Pathanamthitta woke up on Tuesday morning, they were surprised to see red coloured rain water collected in their vessels kept outside. 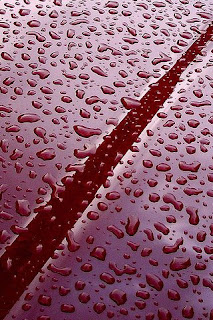 "We normally collect rain water to wash vessels and clothes because the water in our place is a rare commodity. We leave our vessels in the open at night. When we checked today (Tuesday) morning, the vessels contained red water," said Anitha, a housewife living near Pathanamthitta town.

Similar reports of "red rain" water collected in vessels have been reported in a few places near Konni and Ranni.

Bagavathinagar, Mahadevpet and other extensions here experienced "red rain" on Tuesday from 7am to 8am. A science teacher of Gundurao Extension, B Veena, collected some rain water. She showed it to her school principal Ponnamma of General Thimmaiah School, Madikeri, and students.

C G Kushalappa, scientist and professor, Forest College, Ponnampet, said such instances had occurred in foreign countries, where the rainwater had sulphur dioxide particles and was called acid rain. 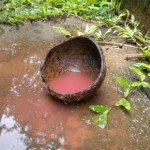 Red rains were also reported from November 15, 2012 to December 27, 2012 occasionally in eastern and north-central provinces of Sri Lanka.

The mysterious red rain in Sri Lanka in 2012 was the beginning of a phenomenal series of events which have been continued with red, yellow and green coloured rains. These odd colored rains have been reported over the last few weeks in Sri Lanka.

Reasons for blood rain aside from dust are sometimes given. Schove and Peng-Yoke have suggested that the phenomenon may be connected to sunspots and aurorae. When red rain fell in Kerala, dust was the suspected cause. Alternative theories included dust from a meteorite and extraterrestrial cells in the water. These were later dismissed. The particles causing the red colour in Kerala were "morphologically similar" to algae and fungal spores.