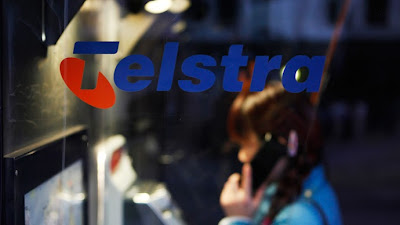 Telstra, Australia’s largest phone company, stored emails and phone calls to be handed over to US intelligence upon request, according to an agreement it signed in 2001 with the FBI and US Department of Justice.


The copy of the 12-year-old agreement, which was posted online on Friday by news website Crikey, is in confirmation of this week’s earlier leak by Edward Snowden, revealing that large amounts of communication data sent around the world via undersea cables could be intercepted by the US, based on the agreements federal agents signed with foreign corporations.

According to the leaked document, undersea cabling company Reach – a joint venture of Telstra (then 50.1 percent-owned by the Australian Government) and PCCW, a Hong Kong corporation – had to send all communications to or from US to a storage facility “physically located in the United States, from which Electronic Surveillance can be conducted pursuant to Lawful US Process.” The document also specifies the facility should be run exclusively by US staff.

The US demanded the ability to have access to all emails and phone calls between the US and other countries, meaning foreign citizens also had their data landing in America. Apart from the content of communications, Reach was supposed to supply call associated data, subscriber information and billing records.

Those were to be stored on American soil for no less than two years.

The Australian Greens Party has called on Telstra to “immediately disclose details” of the deal, which allowed “the FBI and US Department of Justice to monitor calls and data traffic via the company's undersea cables,” according to the party’s website.

“This is an extraordinary breach of trust, invasion of privacy, and erosion of Australia’s sovereignty,” Greens Party Senator Scott Ludlam said.

Telstra has meanwhile issued a statement justifying the deal.

"This agreement, at that time 12 years ago, reflected Reach's operating obligations in the US that require carriers to comply with US domestic law," the statement says.

The disclosure of the deal between the Australian telco and the US intelligence comes in the wake of Edward Snowden’s disclosures detailing a top-secret NSA surveillance program.

The White House continues to justify the practices as legally-authorized amid mounting criticism from the public and politicians. Snowden is seeking asylum to avoid prosecution in the US, where he is accused under the Espionage Act.