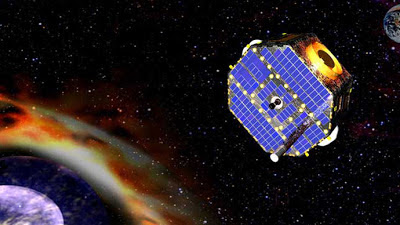 NASA has visualized the tail of the solar system - for the first time ever.


Comets and stars commonly have tails, but the sun’s was hard to detect through telescopes since it doesn’t shine or reflect light.

The discovery was made using NASA's Interstellar Boundary Explorer (IBEX), a $169 million spacecraft the size of a coffee table that is studying the edge of the solar system.

The tail is clover-shaped and drags behind the bullet-shaped heliosphere - the bubble surrounding our solar system that's created by the solar wind and solar magnetic field.

Stars and comets have tails, which can be observed through a telescope. However, detecting the tail produced by the sun has proved very complicated.

“By examining the neutral atoms, IBEX made the first observations of the heliotail. Many models have suggested the heliotail might be like this or like that, but we’ve had no observations. We always drew pictures where the tail of the heliosphere just disappears off the page, since we couldn’t even speculate about what it really looked like,” said David McComas, lead author on the research and principal investigator for IBEX at Southwest Research Institute in San Antonio, Texas. 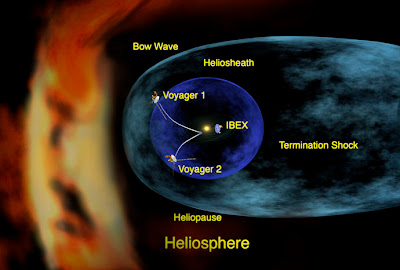 The scientists aren’t ready to estimate the precise length of the tail, but say it’s no more than 1,000 times the distance from Earth to the sun.

And, officials underline, it’s hard to overestimate the breakthrough.

“IBEX scans the entire sky, so it has given us our first data about what the tail of the heliosphere looks like, an important part of understanding our place in and movement through the galaxy,” Eric Christian, IBEX mission scientist at NASA’s Goddard Space Flight Center in Greenbelt, Maryland, stressed to journalists.

Brenda Dingus of the Los Alamos National Laboratory told the press that these findings would help in studying other parts of the galaxy, like cosmic rays. The imagery could also be used to assist in the projects being carried out by Voyager 1 and Voyager 2.

"These two missions are incredible complementary. IBEX is like an MRI -- you take an image of the whole body to see what's going on -- and the Voyagers’ are like biopsies."